MEMPHIS, Tenn. — Police have a arrested one  of two men they say broke into a woman’s apartment   in the Fox Meadows area, and stole all of her kids presents from under their Christmas tree.

He was arrested Friday and charged with aggravated burglary and theft of property.

The single mom of three, who  didn’t want to be identified, said she got an alert on her phone  Wednesday morning saying her back door had been triggered and saw two intruders coming through her balcony door.  One tumbled right over her couch into her second-story apartment.

“I mean, I was numb. I couldn’t believe it was actually happening,” she said.

The burglars shattered the sliding glass doors and once inside, began removing items from her bedrooms and  the wrapped presents from under her tree.

“They are even looking at the names on the Christmas presents before they are throwing them in my daughter’s blanket and going out the window,” she said.

She is now too afraid to stay in her apartment .

She told us she works hard to provide for her daughters, and in seconds, these real-life Grinches took everything.

“I don’t care about my stuff,” she said. “I just want my kids to wake up  for Christmas and have a smile on their face. That’s all I’m worried about.”

She believes she may have confronted the second burglar before he got away, and says police shouldn’t have trouble finding him because he dropped his cell phone in her bedroom and his picture was on the screen saver.

She relieved one arrest has been made,  but says it won’t make up for what’s she’s lost.

A Go Fund Me page has been set up for the family to help them replace the stolen gifts in time for Christmas.  To help click right here. 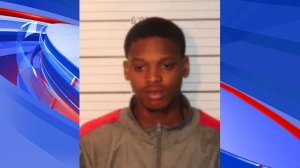 Pedestrian dead after being hit by vehicle in Whitehaven