MEMPHIS, Tenn. — Less than a day after two Confederate statues are removed from Memphis parks, the city of Memphis is still not out of the business of securing them.

WREG cameras caught the Confederate statues back on city property Thursday morning being guarded by police.

Exclusive photos show the statues of Nathan Bedford Forest and Jefferson Davis out side a hangar at the City of Memphis' Police and Fire Training Academy.

A crane is nearby as well as what appear to be moving trucks.

As quickly as we saw them, Memphis police descended.

►Related: Mayor says 'History is being made in Memphis' as Confederate statues removed

Turns out the new owners of the parks and the statues, Memphis Greenspace, had to make a quick decision on what to do with the statues they hastily took down Wednesday night.

"We did ask you know for assistance in light of real security threats that may be received," Van Turner said.

The head of Memphis Greenspace told us by phone that the company they had negotiated with early on to house the statues suddenly backed out because the security risk was too great.

Turner says they saw what happened at other storage facilities in other cities where fire bombs happened, so they said no deal.

"They pulled out at the last second and there was not enough time to find another facility and given the fact we couldn't leave those statues out there."

So Van Turner says the consulting firm that set up the moving arrangements, All World, worked out a deal with the city to house the statues until they can find permanent storage.

Turner says they are paying the city for the storage but haven't received an invoice yet.

Our cameras also caught moving vans leaving the area, but no word if the statues were inside. 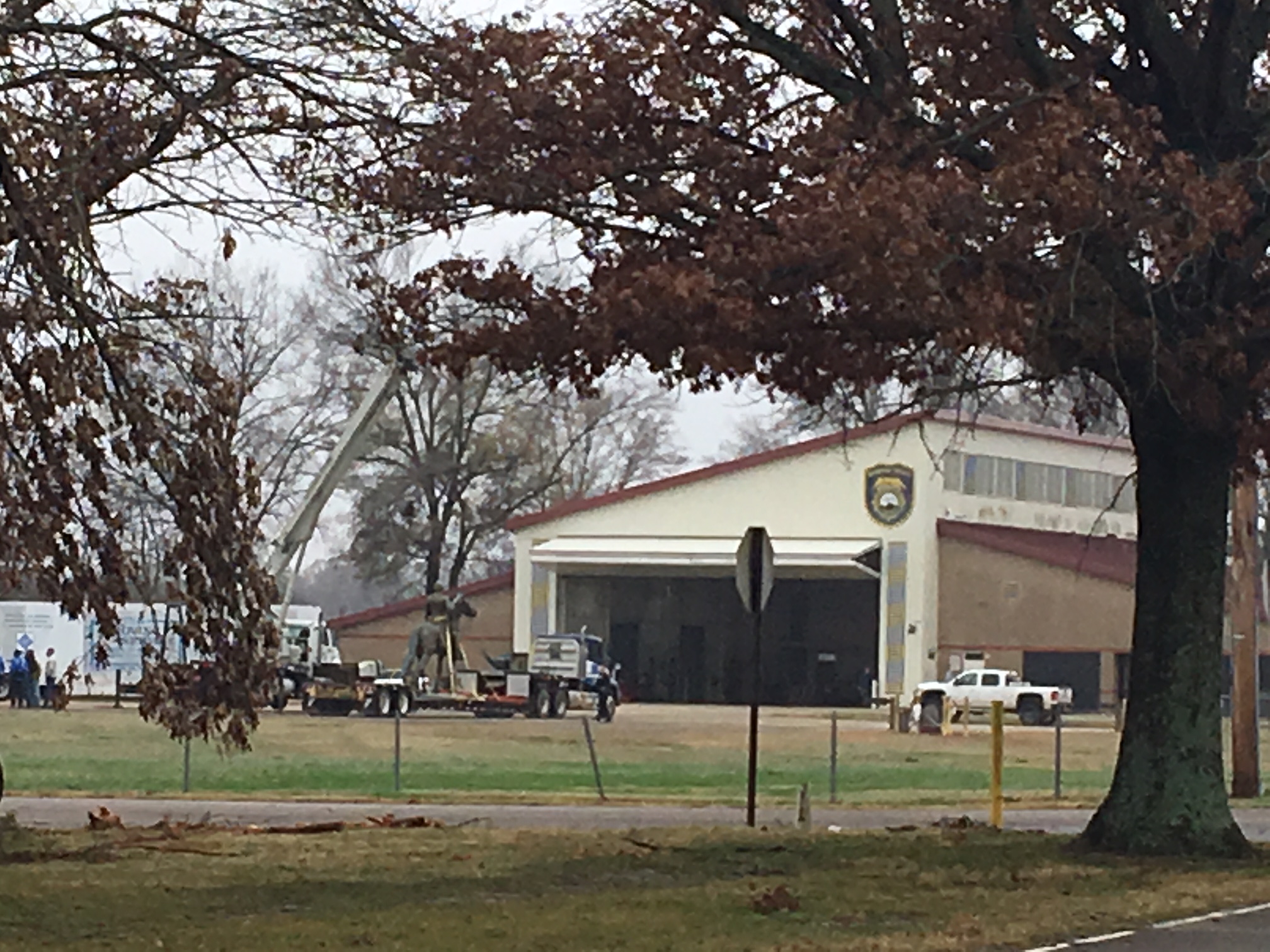 (CNN) -- A Texas art teacher who was placed on administrative leave after talking about "her future wife" in class hopes her settlement with a school district will change the lives of other LGBTQ people.

Stacy Bailey, who was on paid leave, reached a $100,000 settlement with the Mansfield Independent School District last week, her attorney said.

Exclusive poll shows Joe Biden with double-digit lead in S.C. ahead of primary