NASHVILLE, Tenn. — Beyonce’ cancelled her Nashville show scheduled for this Thursday, the reason why is up for debate. 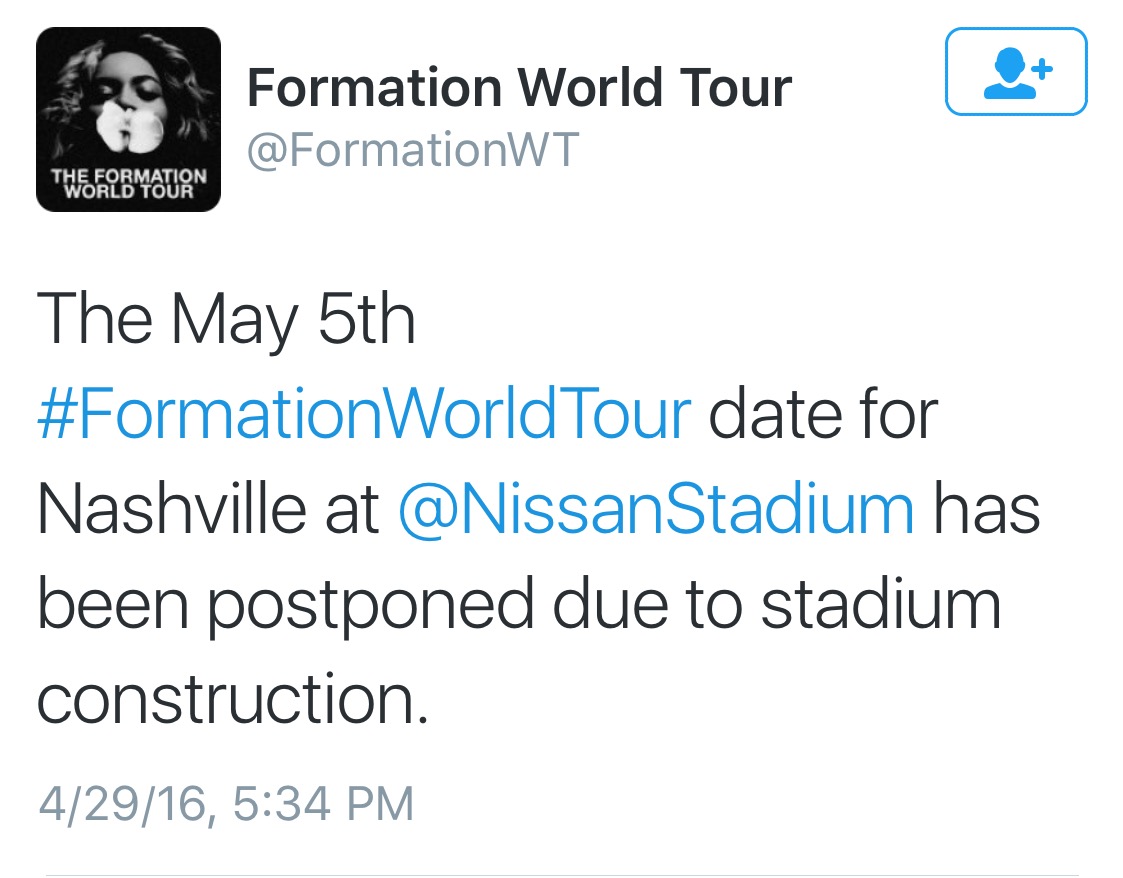 An apology for the cancellation was posted to the account saying it was out of their control.

A statement was released, “Following Wednesday’s sold out opening night Formation World Tour concert in Miami, promoters Live Nation announced that the Nashville concert previously scheduled for Thursday, May 5th will be rescheduled.” 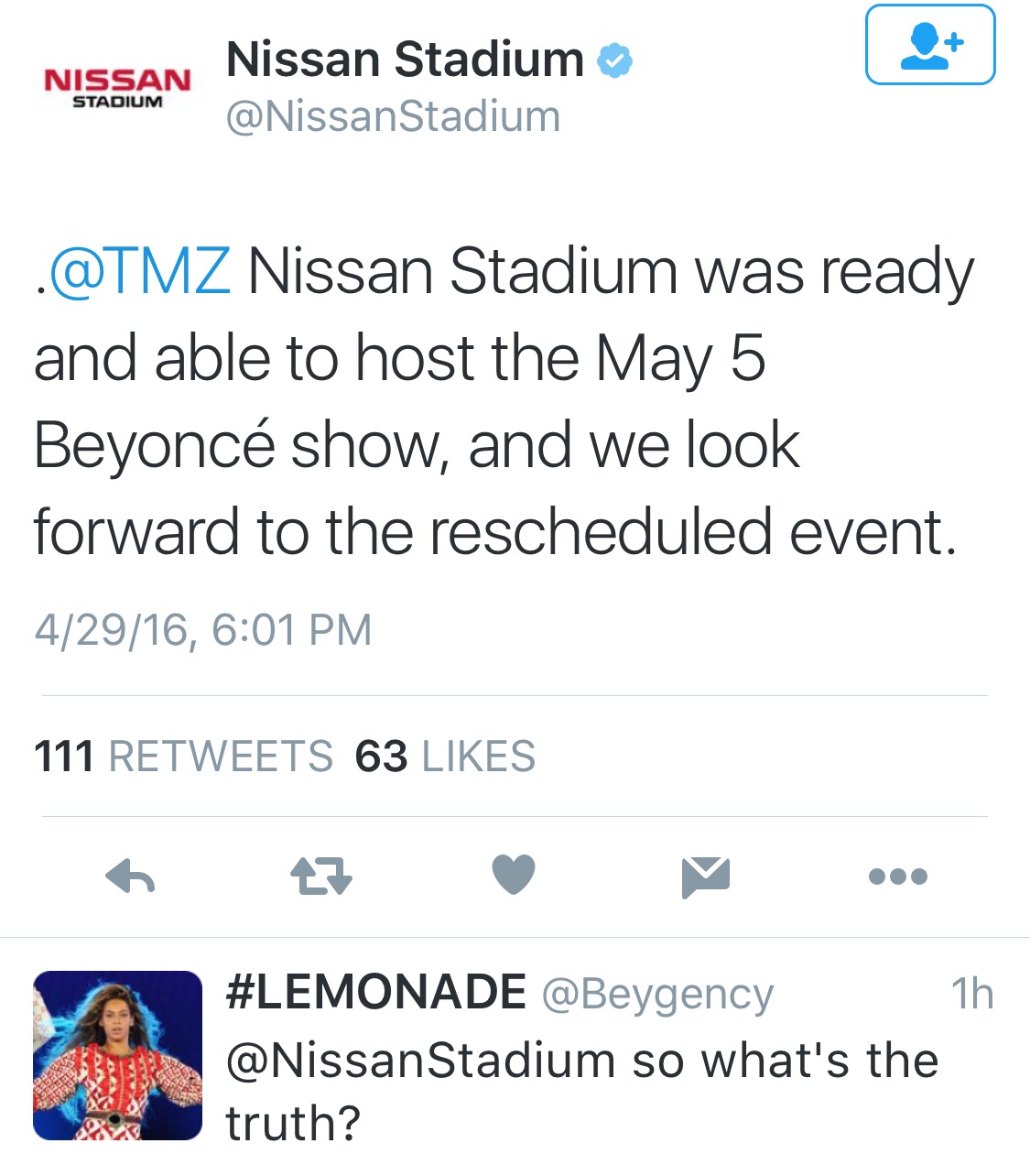 But the Nissan Stadium account they are prepared to host the concert.

All the seats at the stadium are being replaced as part of a stadium upgrade.

So far, no word on when the tour will reschedule.

You can get information about the tour on the Live Nation website.

Whitehaven apartment owners back in environmental …

‘I worked hard to buy it’: Victim jumps on his car …

One dead after drowning in Parkway Village

Man rams, points gun at car with wife, child inside

Multi-vehicle crash causing delays on I-240

‘Ludacris wanted you to illustrate his book’

Pass It On: A Clean Start for a School Custodian

One and Only BBQ robbed after closing