Instead of setting up a presidential election system through direct democracy, the nation’s founders established the Electoral College in part to ensure the entire nation has a more equal say in the choosing of a national president.

In a time when the states were more autonomous and the federal government didn’t have as much power as it does today, the framers wanted to offset the chance that a single populous state or region would put forth a “favorite son” candidate that would almost exclusively represent the contender’s home state and disregard the needs of other parts of the country.

How many members of the Electoral College are there?

The people who make up the Electoral College are usually comprised of state party officials and generally chosen at the party’s state conventions.

Each party with a candidate on the presidential ballot puts forth a slate of electors.

All but two states traditionally award the entire slate of electors to the candidate that receives a majority or plurality of votes.

(The two states that do not follow this model, Maine and Nebraska, award two electoral votes to the candidate who wins the popular vote and then candidates receive another vote for each congressional district they win.)

Applied to the 2016 presidential race, the “Electoral College map” that shows electors from each state heavily favors Democrat Hillary Clinton because of the demographic realities in recent years.

Densely populated and ethnically diverse states such as California, New York and Illinois, which pack a combined punch of 104 Electoral College votes — more than a third of the 270 votes needed to win — are virtually guaranteed to vote Democratic.

Recent state polling also suggests that support for Republican Donald Trump has fallen away in states he would need to secure the presidency, leaving Clinton ample room for victory.

The current CNN battleground map is featured below. 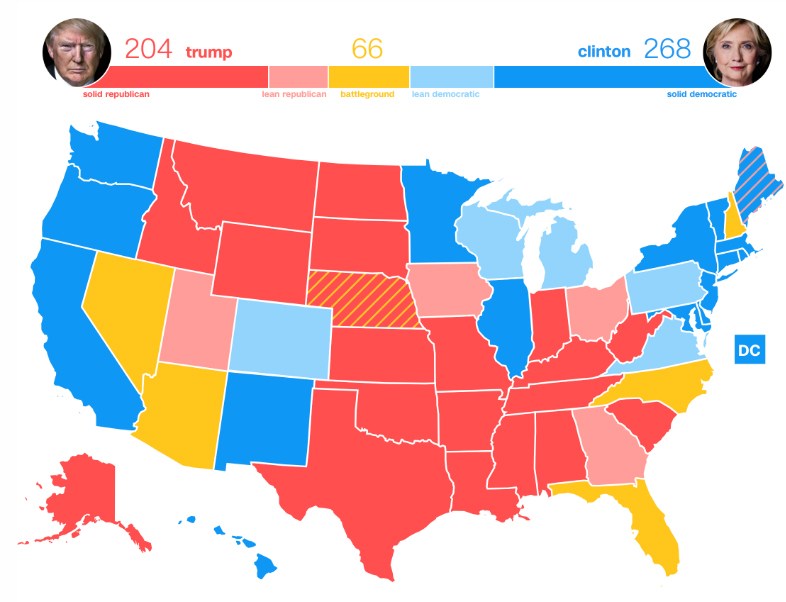 Clinton needs to pick up one battleground state to win

Based on that CNN Politics analysis, Clinton would need to win just one of the most sought-after states that are traditionally required for victory — such as Florida — to be elected president.

If she just wins the states that are solidly or leaning Democrat in our current analysis, she’d win 268 electoral votes, falling just short of the White House. Clinton could win a battleground as small as New Hampshire to push her over 270. The map below shows what a Trump sweep of all battleground states except Florida and a Clinton victory would look like: 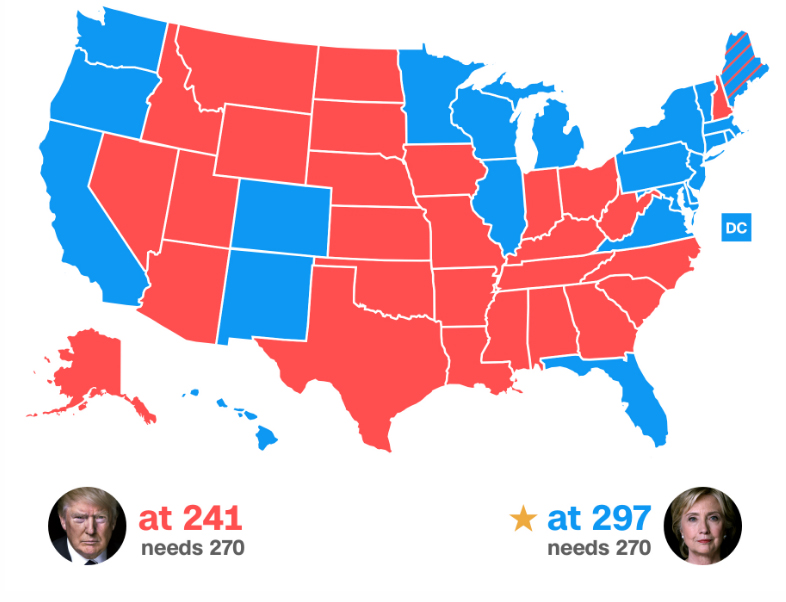 Trump must win all battleground states

In order for Trump to win, he would need to secure all of the states currently considered battlegrounds, including Florida, Arizona, Nevada, North Carolina and New Hampshire, which would put him at exactly 270. Here’s what a Trump winning map could look like: 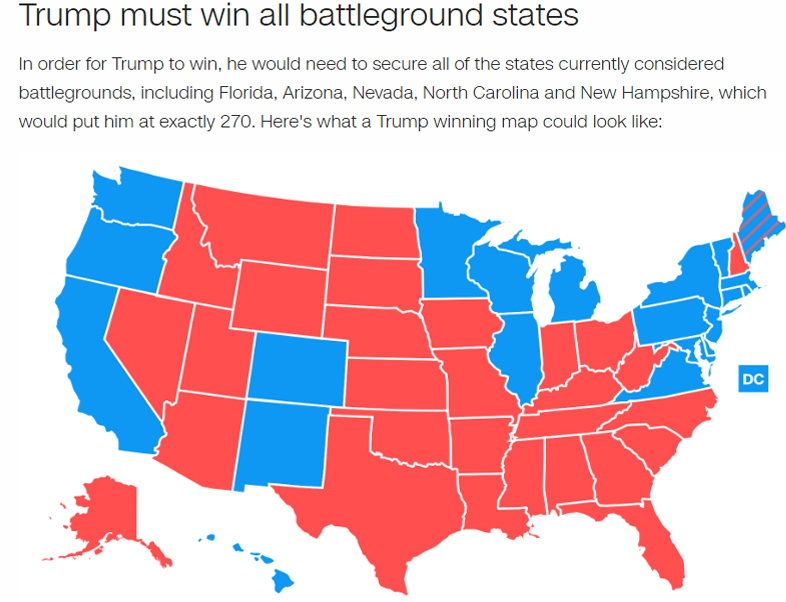 Man fires shots at home with mother, 3 children inside

MPD hopes to hire hundreds of officers during hiring …