COLLIERVILLE, Tenn. — Collierville Police said a domestic disturbance may have led to a shooting that left a man dead and another person injured at the Meridian Park Apartments on Thursday night.

Officers were called to the complex, which sits near the corner of Shea Road and South Houston Levee Road,  around 10:20 p.m. WREG spoke with a resident who called 911 after his girlfriend heard a woman scream, and then a gunshot.

After police arrived, the resident heard officers yell “put it down” several times before another loud boom. He then saw two people being carried on stretchers. 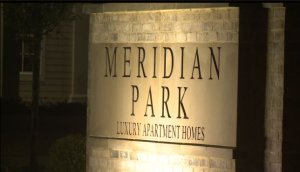 According to police, two people were shot. Officers said a male victim was transported to the hospital with serious injuries and later died from those injuries. A woman was also taken to Regional One Medical center with non-serious injuries.

Daniels is being held without bond and has a hearing set for April 9.

Police said the victim’s identity would not be released until at least Monday when all family can be notified.

MEMPHIS, Tenn. --- For nurses at Methodist-Le Bonheur Healthcare, life on the front lines during the COVID-19 pandemic does take a special person and a lot of grit.

Christine Crook Clancy, a nurse and director of nurse residency and recruitment, pulled back the curtains to tell you about the experience.   “They are special people, and able to take care of patients during the pandemic, and when it's not a pandemic,” Crook Clancy said.

MEMPHIS, Tenn. -- The 2020 Mid-South Fair has been postponed due to the coronavirus pandemic.

The fair is now scheduled to be held October 23 - November 1.

NASHVILLE, Tenn. (WKRN) – The Tennessee Department of Health has confirmed additional cases and deaths related to COVID-19 across the state on Thursday, August 6.

WATCH: Gov. Bill Lee has update on COVID-19 in Tennessee

Coronavirus in Ark.: ADH officials give update on state’s COVID-19 cases, encourages Arkansans to get a flu shot

Everything at the grocery store is getting more expensive

Police: 12-year-old boy dead after being hit by car driven by teen

WATCH: Gov. Bill Lee has update on COVID-19 in Tennessee