YOUNGSTOWN, Ohio — Youngstown triple murder defendant Robert Seman has jumped to his death off a fourth-floor balcony in the Mahoning County Court of Common Pleas.

Seman apparently committed suicide by leaping over a banister into the courtroom rotunda about 9:30 a.m. Monday. He was on his way back to the Mahoning County Jail from the courthouse, where he appeared for a last-minute status hearing before his trial began in Portage County.

Surveillance video showed him walking with two armed officers before he darted away and jumped off the balcony.

Seman was accused of setting fire to a Youngstown home in March of 2015, killing 10-year-old Corinne Gump and her grandparents, Bill and Judy Schmidt. Prosecutors said Seman set fire to the house where they lived because Gump was set to testify against him in a rape case.

Workers and everyone inside in the courthouse shocked from what happen right before them as they were going about their business at the courthouse. 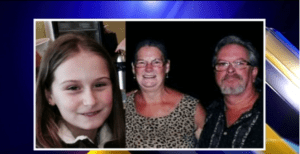 Seman’s attorney, Tom Zena, said more jurors were excused from the trial today before Seman committed suicide. He said it was completely unexpected.

“I think it’s very telling,” she said. “He knew the evidence against him. Every witness we talked to in preparation for the case, they didn’t know why he wasn’t pleading guilty or asking for some sort of plea, so this is very telling.”

According to court employees, the last time that someone committed suicide by diving off a railing in the Mahoning County Court of Common Pleas was in 1947.

MEMPHIS, Tenn. — A Mid-South man was indicted on a murder charge after the death of a teen this past summer.

According to the Office of the District Attorney General, a grand jury indicted Earnest Smith, 25, in the death of 16-year-old Brandon Fleming, Jr. The teen was shot and killed on August 16 on Boyd Street.

The Peanuts animated classics, including "It’s the Great Pumpkin, Charlie Brown," will stream on AppleTV+ through a deal with WildBrain, Peanuts Worldwide and Lee Mendelson Film Productions, making Apple "the home for all things Peanuts," according to a news release.

Stream and scream! Here are the horror movies you can watch right now

Restaurant owners fear pandemic in winter could end their livelihoods