They bickered for several hours over what to do with surplus funds.

Some commissioners even staged a walk-out to try to stop a vote.

According to the Shelby County FYI2016 Operating Budget Amendments Summary, here are the three things you need to know.

1. The Shelby County Commission didn't spend all of the surplus funds

It was considered the worst kept secret in Shelby County.

The Mayor had $6 million in extra funds, and almost every agency in the county was fighting for a piece of the pie.

But, the commissioners also had plans for the cash.

The new budget includes $1.5 million for the Sheriff's office and $500,000 for the public defender's office.

2. The Commission decided to give some of the money away in grants

The surprise of the meeting came when the Commission approved $1.3 million dollars in Commission Grants.

This allows each member to give $100,000 to the charity organization of their choosing.

What made this interesting was the fact in the past, the Commissioners would decide as a body which non-profits would get public funds.

Now, each individual member will also have his or her own slush fund to give away tens of thousands to the organization(s) of their choosing.

The commission also approved a $290,000 grant for the Medical Health Center to buy new medical equipment.

3. The Sheriff didn't get his money

The money battle between Shelby County Sheriff Bill Oldham and the Commission has been at times heated since Oldham first requested additional funding for taking over Juvenile Court security.

He originally asked the Commission for an additional $2 million on top of the money already allocated for that very purpose.

Monday, County Commissioners decided to give the Sheriff a grand total of $1.5 million, $500,000 short of his original request.

Commissioner Terry Roland told WREG, the budget isn't official at this time and he expects more changes to be made. 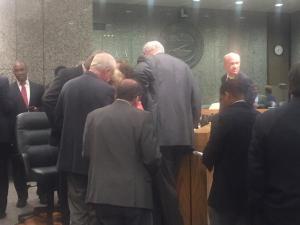 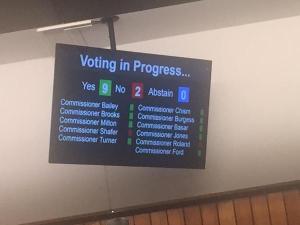 WASHINGTON (WLNS) - Between July 9 through July 14, officials collected responses on the social and economic effects of COVID-19 on American households.

The U.S. Census Bureau continues to gather information using the Household Pulse Survey and has found that during the pandemic, 51.1% of American adults live in households which have experienced a loss in employment income.

The briefing is scheduled to begin at 5 p.m. Eastern and can be streamed live right here.

(CNN) -- As the nation has grappled with a global pandemic and images of some rioters causing damage after hijacking peaceful protests demanding racial justice, more and more Americans appear to be arming themselves.

In July 2020, the FBI conducted more than 3.6 million firearm background checks, making it the third highest month on record for checks since the bureau began keeping statistics in 1998, according to new data released on Monday by the agency. By comparison, the bureau conducted just over 2 million checks in July 2019.