According to an arrest warrant, Richardson was a suspect early on in the investigation after he was seen driving in a white truck away from the scene of Trenary’s killing Thursday night. Witnesses said a person got out of that truck, fired at Trenary from behind, then sped away.

Richardson was one of two people taken into custody after a high-speed police chase that began in Frayser and ended in a wreck in South Memphis on Friday morning. Two other drivers were injured in that wreck, which tore the white truck in half.

Richardson was being held on $500,000 bond on several charges including evading police and auto theft. He is set to face a judge Monday.

During the investigation, Richardson allegedly told police that he, McKinney Wright Jr. and Racanisha Wright were driving around downtown discussing possible robbery targets when they spotted Trenary.

All three waived their Miranda rights and confessed, according to police.

Trenary, president and CEO of the Greater Memphis Chamber of Commerce, was gunned down Thursday night on Front Street near his downtown home as he walked from a Chamber-sponsored event. He had previously been CEO of Pinnacle Airlines and was a tireless advocate for Memphis.

He was found unresponsive in the street about 7:30 and pronounced dead around 8 p.m.

The mugshot for Racanisha Wright, a juvenile, was not available. 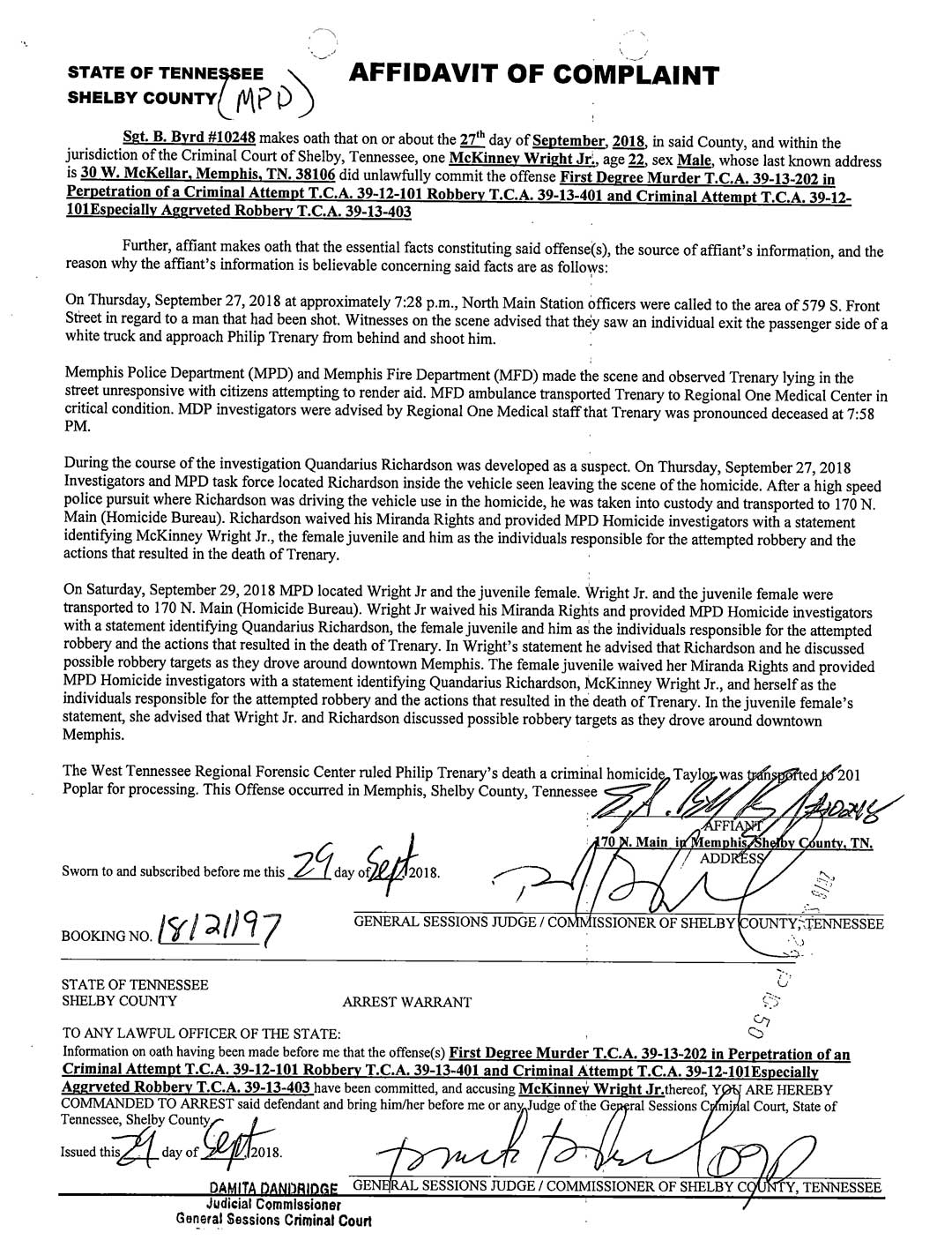 Officers responded to the area of Saxon Avenue and Mississippi Boulevard at just after 7 PM. Police say the victim was transported to Methodist University in critical condition.

MEMPHIS, Tenn. -- For the first time, we're getting a look at the threatening messages Shelby County Schools Superintendent Dr. Joris Ray has been getting since he announced there would be no in-person classes when the school year starts August 31.