UPDATE: Hunter Osborn had all charges against him dropped after all 69 people involved refused to press charges.

MESA, Ariz. — An Arizona high school student is in big trouble for a senior prank that went too far.

Police in Mesa say 18-year-old Hunter Osborn exposed himself while the team football photo was taken for the yearbook.

About 3,400 books were distributed before the prank was noticed. 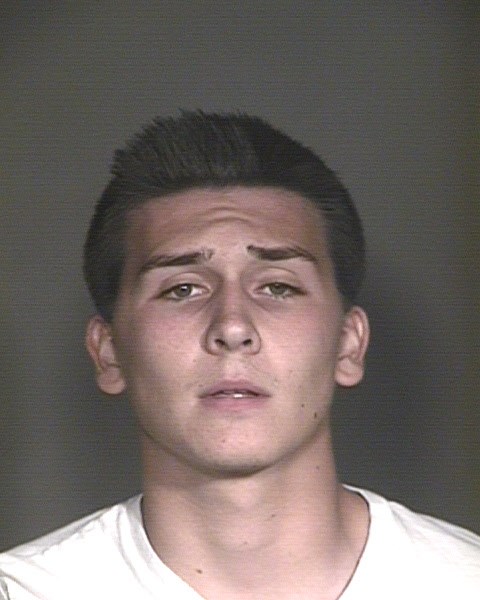 Osborn reportedly told police he was dared by a teammate and was “disgusted” with himself.

Sixty-nine counts of indecent exposure, one for each person present at the photo shoot, and one count of furnishing harmful items to minors have been filed.

Charges could be added or subtracted.

Osborn is currently wearing an electronic monitoring device after being released.

Most students who spoke with KTVK-TV said they didn’t notice the issue until it was pointed out and thought the charges were too harsh for what they see as a prank.

“The district is dismayed by the actions of the students involved in the photograph.

Their behavior does not reflect the values of Red Mountain High School or Mesa Public Schools.

Upon learning of the photograph, school administration immediately contacted police and is cooperating fully with the investigation.

The school and district are conducting an investigation to determine what actions might have prevented the publication of the photograph, so appropriate safeguards can be put in place going forward.

While the small size of the photograph as published makes the details difficult to discern, the yearbook has been recalled so the school can make a minor but critical edit for the inappropriate content.”

"We've had a lot of call from parents saying masking is important, but we cannot find masks that can fit our kids and make sure they're protecting our kids as well,” said Brenda Jones, director of Shelby County Emergency Management and Homeland Security.

NASHVILLE, Tenn. (AP) — A Tennessee judge has ruled the state's Registry of Election Finance violated open meeting laws when it held a vote by email on the eve of an election filing deadline.

At issue was more than $65,000 owed by state Rep. Joe Towns (D-Memphis) to the Registry and the Tennessee Ethics Commission.

SAN ANTONIO (AP) — Federal authorities have arrested two men on terror charges for allegedly plotting to bomb or shoot up sites including the White House and Trump Tower in New York City in attacks inspired by the Islamic State group.

Jaylyn Christopher Molina, of Texas, and Kristopher Sean Matthews, of South Carolina, are both charged with conspiracy to provide material support to a designated foreign terrorist organization. They were arrested in different states last week

New Ring security drone will fly around inside your home

Pumpkin Spice mac-and-cheese? Kraft is bringing it to the US