MEMPHIS, Tenn. — Beginning July 1, if you hit a pothole on Poplar, it's not the city's responsibility anymore.

Some of the largest and most-traveled roads in Memphis are about to see changes in the way they are maintained as the city turns over maintenance duties on state routes to Tennessee Department of Transportation. Those state routes include Poplar, Union, Summer, Lamar, Stage, Germantown Parkway and Bill Morris Parkway and more.

State routes are shown in red below. A complete map is here. 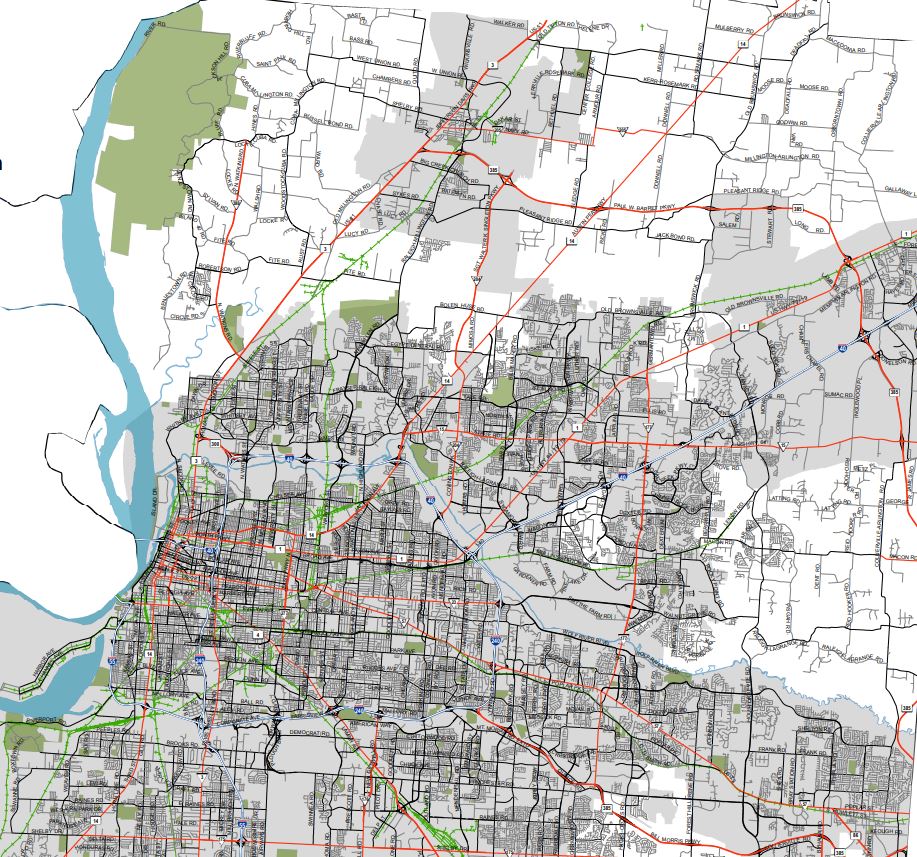 While maintenance of state routes has always been the state's responsibility, Memphis has for years maintained these roads  by filling potholes, removing debris, clearing snow and cutting grass along frontages under contract with the state. TDOT reimburses the city $1.5 million a year for the work, though the city spends $2.5 million annually under the contract.

That contract expires June 30, and the city says it will not be renewed.

TDOT will continue repaving the state routes, as it has always done, and will also be responsible for grass cutting, drain maintenance, debris removal and snow clearance. The agency says a standard cycle of grass mowing is about six times a year.

Kevin Gallagher, who drives on the listed roads every day, thinks the move is a good idea.

The city says its Public Works division and TDOT have been working together on the transition.

Memphis was the only major city in Tennessee that maintains state routes inside city limits, though TDOT has contracts with some smaller cities.

A TDOT spokewoman said the agency has not announced what method will be available for Memphis residents to report roadway problems.

There are now six regions in the state that are seeing increased rules because of high covid numbers, and a seventh may soon be on the way.Region three has seen two straight days days of a positivity rate of 8 percent.For Sangamon County Public Health Director Gail O'Neill, the fact that the region is on the brink of seeing increased mitigations is not surprising.

"I mean, I think with the numbers we've been having it's it's has seemed inevitable but i don't want that to come across that. People can't help turn it around," O'Neill said.

(NEXSTAR) – The nation's top infectious disease doctor warned Wednesday that the United States is "not in a good place" as winter looms and says he thinks a vaccine won't be available in the U.S. until at least January.

Dr. Anthony Fauci said during an interview with the Journal of the American Medical Association that current vaccine trials are "event based," with infections being the events. He said he doesn't think companies will have data from the necessary number of events until December.

EL PASO, Texas (Border Report) -- A mother "used" her 13-year-old son to smuggle meth and fentanyl across the border, U.S. Customs and Border Protection said in a news release.

Mailing your ballot close to the deadline in Shelby County? Mail it here