According to TBI, two deputies from the Henderson County Sheriff’s Office responded to a home located at 50 Tumbleweed Drive in Reagan at 11:00 pm.

They responded to a report of  23-year-old Darrion M. Barnhill beating on a home’s door. 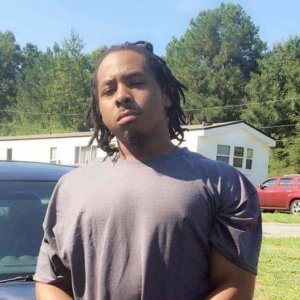 TBI said that when the deputies arrived, they recognized Barnhill as having outstanding warrants in Henderson County and gave him commands to surrender.

According to the police, he became aggressive towards the deputies, assaulting both and slamming one of them to the ground.

During the struggle, the situation further escalated and resulted in at least one of the deputies firing his service weapon, striking Barnhill.

The TBI has agents and a team of Forensic Scientists investigating the scene.

They will compile a list of facts that will be submitted to the District Attorney General for further review and consideration.

ARKANSAS (KNWA/KFTA) — The Supreme Court of the United States (SCOTUS) has eight associate justices and one chief justice, combined they are paid $2.34 million a year, according to the U.S. Courts Judicial Compensation for 2019.

Associate justices are paid $258,900 and the chief justice is paid $270,700. The group of nine is in session from October through June to August.

The mayor also says Team Waste will provide solid waste collection to residents in Cordova, Hickory Hill, and parts of East Memphis, also known as area E. In the termination letter, the mayor stated Waste Pro was in breach of contract for failure to provide contractually required services.

WASHINGTON (NewsNation Now) — Women now hold many of the jobs controlling the U.S. economy —the world's largest — and they're trying to fix it, overcoming continuing pandemic challenges.

Two people critically injured after being struck by a car in North Memphis, police say

Why are so many catalytic converters being stolen?

New Arkansas virus cases, per capita, lowest in the nation