MEMPHIS, Tenn. — As the number of priests and clergymen accused in the Catholic church sex abuse scandal grows, one survivor is sharing his story and hoping it will encourage others to come forward.

More than 40 years have passed, but for Ger Prendergast, not even decades can heal the emotional scars left behind from the sexual abuse he endured as a young boy in Ireland.

“I can’t even remember how many times, to be honest,” he said. “‘In the church or in his house. It happened in the school a couple times.”

He said a priest enticed him with little packets of heart candies with messages on them — “which I’ve never eaten since, can’t stand them,” he said — a slice of marble cake and a red apple. 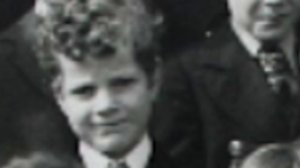 He recalls the moment his priest hand-picked him from the classroom, at just 9 years old, asking for a volunteer.

“He said to the teacher, ‘I’m looking for one of your little students there to help me move a fridge’ over at his house beside the school,” Prendergast recalled. “I went over there and that’s when the first abuse took place. It was under the disguise that he wanted a refrigerator moved, and I was going to help him move it. And we never did.”

The abuse went on for about a year and a half, until Prendergast finally gained the courage to tell his father.

“His words were to me, ‘Toughen yourself up and don’t let people walk all over you.’ … and that was his advice to me and that was as much as he ever done to protect me.”

As an adult he came to the U.S., eventually getting married, having kids and ending up in Memphis. But no matter how far he traveled, his past followed.

“I was having all these really crazy nightmares, just waking up in puddles of sweat, just not able to function.” He said he “couldn’t work right, wasn’t able to focus.”

Seven years ago, Prendergast made the decision to join SNAP — the Survivors Network of those Abused by Priests. He found strength through connecting with other victims.

“I shed the guilt and the shame of being raped by a priest. That belongs to him,” Prendergast said. “And that’s when you become a survivor, when you say, ‘This doesn’t belong to me anymore.'”

He now advocates for survivors by sharing his story and helping them work through their own painful memories.

Prendergast says his rapist ended up leaving the Catholic church years after the abuse ended. But to this day, he has never been held accountable.

“With the statute of limitations and his word against mine, they threw the case out, so I never got my day in court and he was protected,” he said.

And while legal action may never come, and those psychological wounds may never heal, he hopes his efforts will spark some sort of change in the Catholic church, and inspire the next victim to become a survivor.

“It’s still really hard every day, you know. But when you go through the really dark parts when there’s no hope, that’s when you really have to have the will to live.”

Many survivors never come forward, so the exact number is unknown, but it’s estimated to be in the tens of thousands.

Eight priests in the Memphis area alone have been accused of sexual abuse.

WREG reached out to the the Galway diocese in Ireland, where Prendergast says the sexual abuse began.

The diocese sent a statement saying they had reported the allegations to authorities.