NEW YORK — The term “shop till you drop” is taking on a whole new meaning. A new survey finds millions of Americans are shopping while drinking. It’s leading to some interesting decisions and a multi-billion dollar industry.

“It seemed like a good idea at the time,” laughed Nick Stucky.

Stucky admits to having a couple of drinks before he bought these googly eyes for his car.

He later posted on Reddit “the best drunk online purchase I have made yet.”

“It’s one of those things where it comes in the mail and you’re like, I’m not quite sure what I ordered and then it hits you.”

In a new survey from Finder.com, 68 million people admitted to drunk shopping, racking up about $447 per person. That’s double the amount from the previous year.

“We do spend a lot of money while we’re drunk. The problem is actually totaling over $30 billion,” said Jennifer McDermott.

The top purchase is food followed by shoes and clothes. But don’t let that fool you. Social media is filled with questionable drinking decisions, like this person who accidentally bought 100 top hats for her pet toad.

Ian Stratford admitted to being under the influence when he bought a t-shirt of a military sloth.

Another man proudly posted the hot pink outfit he ordered after a few rounds.

The study found millenials are the most likely to shop under the influence. Also, more men like Adam Laino are more likely than women to do it.

“You’re feeling happy, you’re in a good mood. It might seem like you really need this in the moment and then the next day no I really don’t need this.” 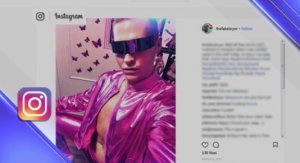 After lockup, man uses music to set others free

Germantown seniors send their thanks across the Mid-South

Williams, Davis combine for 33 in win in Nashville

Shots fired on I-240 near Quince Road

Best gifts for people who are always cold

These coffee gifts are great to give any coffee lover …