MEMPHIS, Tenn. — As temperatures rise, so does the violence.

It's a concern many families have as police respond to four homicides and even more shootings in the past five days.

"They do say sometimes crime spikes in the summer," a resident said. 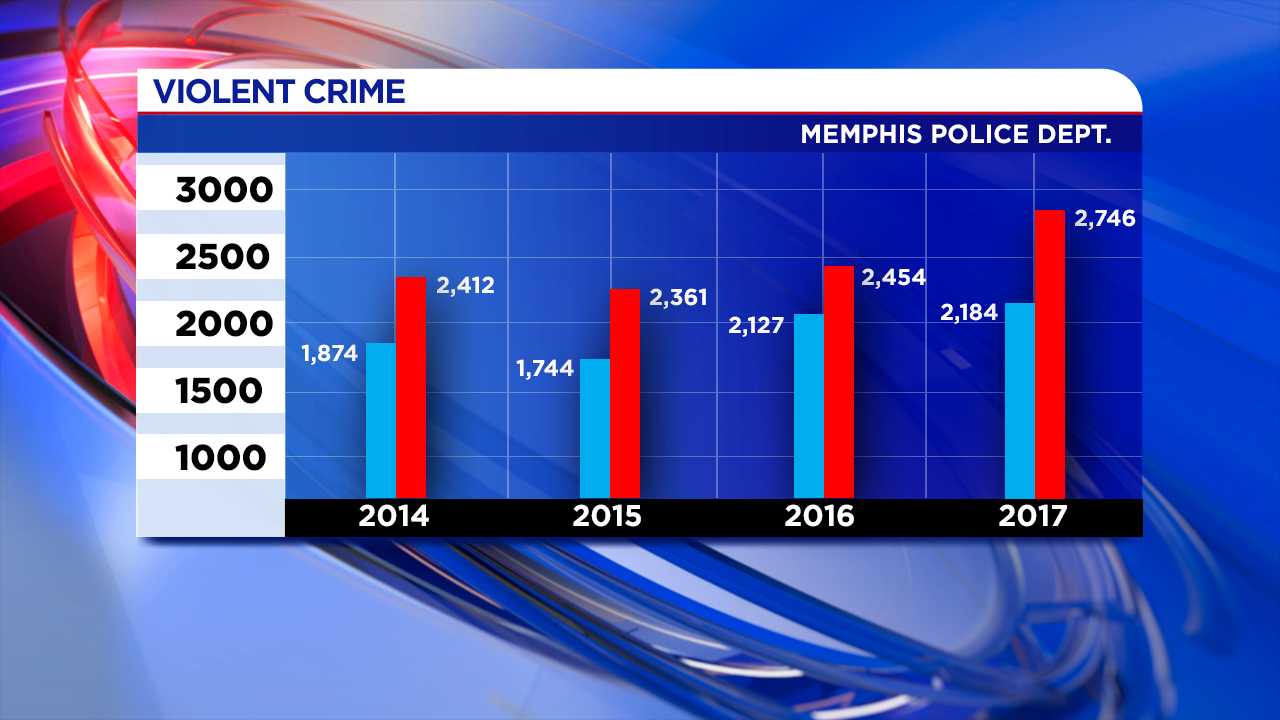 The red line you see shows the number of violent crimes — like homicides, robberies, rapes and carjackings — that were reported June through August the past four years.

You can see an increase in the summer months.

Last year, for example, more than 500 violent crimes were reported.

"We need more police officers on the street to be more visible, and more in the community," Strickland said.

His administration is also working on long-term solutions to curb violence, including recruiting more police officers, lobbying for stiffer penalties for violent criminals and creating more opportunities for children to keep them on the right path.

"We have increased programs in our libraries and community centers and now parks. Between us and the schools, we have 10 or 12,000 kids in camps now. We have increased summer jobs," Strickland said.

Some Memphians say city efforts only go so far though, and parents also need to pitch in.

ADAIR, Okla. -- A video of a UPS driver in Oklahoma is going viral -- and even bringing some people to tears.

The video, recorded over Memorial Day weekend, shows the unidentified driver taking a few moments during his route to fix a rolled-up American flag, reported KOKI.

WASHINGTON (AP) — The U.S. economy shrank at an even faster pace than initially estimated in the first three months of this year with economists continuing to expect a far worse outcome in the current April-June quarter.

The Commerce Department reported Thursday that the gross domestic product, the broadest measure of economic health, fell at an annual rate of 5% in the first quarter, a bigger decline than the 4.8% drop first estimated a month ago.

JACKSON, Miss. (WJTV) - A Mississippi police officer has been placed on administrative leave after a video surfaced on social media of him in a physical confrontation with a man.

In the video, the officer has his hands around the neck of a shirtless man as he is being pushed up against his car.

Fugitive UConn student suspected in 2 murders is arrested in Maryland

‘I’m under here!’ Boy trapped under Jeep in his bedroom after drunk driver plows into home

I-40 at Chelsea closed after man killed, toddler injured in accident