SHELBY COUNTY, Tenn. — If a disease was spreading through Memphis right now, making people so sick they were hospitalized and dying at a rapid rate, health and government officials would frantically work to stop it from spreading.

So what would happen if gun violence was treated as a public health emergency? Hundreds were killed and thousands hospitalized in Memphis just in the past two years.

We asked Alisa Haushalter, director of the Shelby County Health Department, if she considers gun violence a public health crisis.

"Yes," she immediately responded. "Calling something a crisis or epidemic gives us a sense of urgency to do something about it."

She said they could map the problem as they would an infectious disease, tracing every hand a gun touched.

"We will use measles as an example. If a public leader says we have a measles outbreak or a measles epidemic, we mobilize and move a lot of resources relatively quickly to address that specific health threat," she said.

Those resources could be new policy, programs or research.

"It's time to move forward towards action," she said. 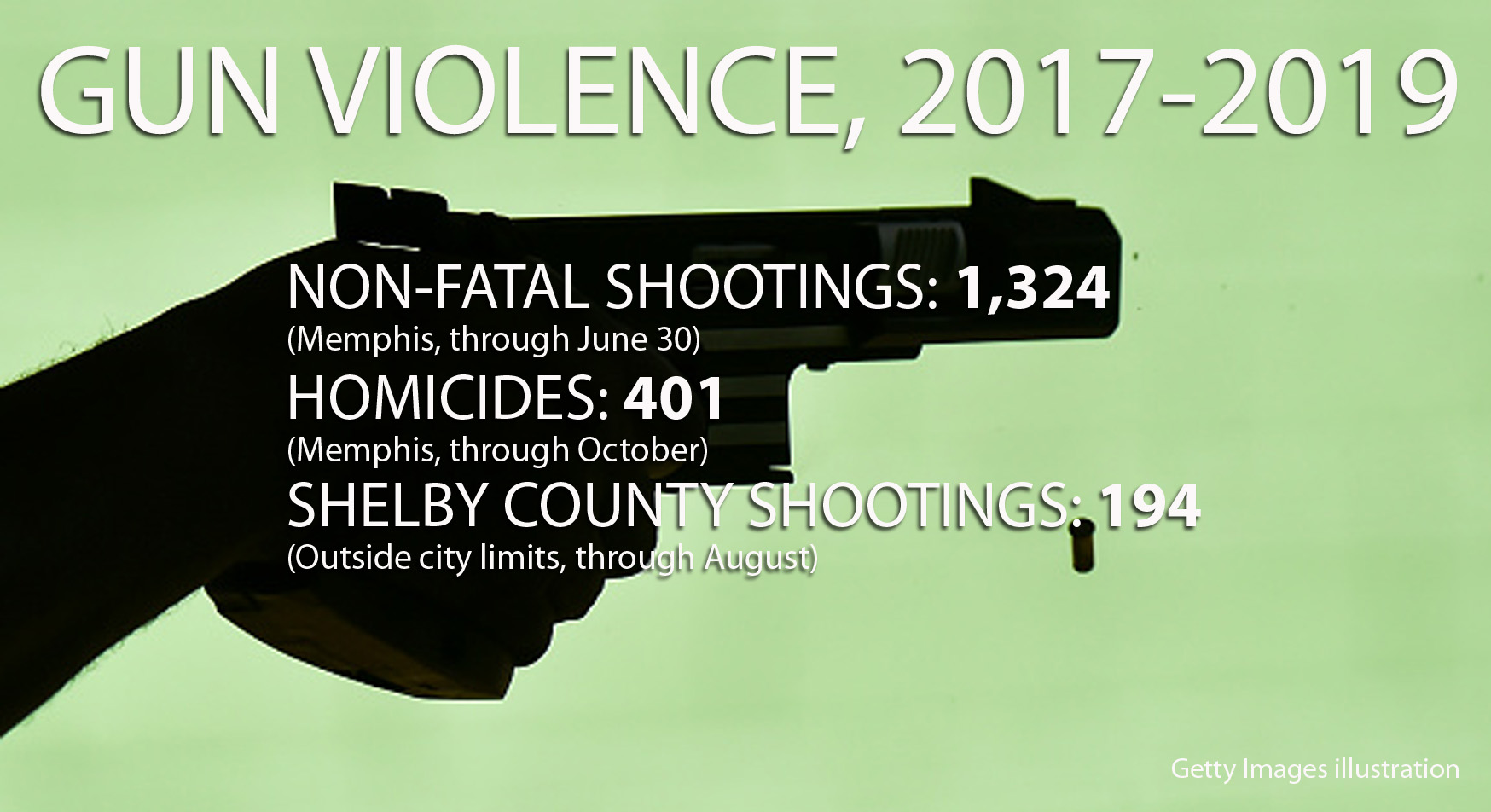 "What worries me is that these victims, five years from now over the case is over, what triggers, what ramifications, what long-term side effects do they have," said Shelby County District Attorney Amy Weirich.

Weirich said she also worries about the impact of a single shooting and how trauma and pain spreads quickly, impacting witnesses, loved ones and even law enforcement.

We asked her if she'd be opposed to calling gun violence a public health crisis.

"If that makes some difference calling it that, and moves the needle in some regard to get more people thinking and talking and acting on behalf on of victims, sure," she said.

They're also becoming victims. More than 150 children were shot since 2017. Some of them were just learning to walk, and didn't survive.

"It is a public health crisis especially in the inner cities," he reiterated.

"We certainly have the problem," he said.

He believes science is the solution, and we need to study and treat gun violence like any other deadly infection.

"Look at what's happened with HIV. That was a death sentence 15 years ago. Now people are living through it. It wasn't by luck. It was by good solid research," Fabian said. "I think you'd be shocked at the advances we could make in a five- to 10-year period."

But those advances are stalled, because the federal funding and grants are hard to find.

In 1996, federal lawmakers passed an amendment named after its creator, Congressman Jay Dickey of Arkansas, that prevented the use of federal funds to advocate for gun control.

In recent years, dozens of medical professionals begged congress to overturn it. They claim it's halted money for research.

We polled federal lawmakers in Tennessee, Mississippi and Arkansas to see where they stand on the Dickey Amendment today.

You can see who wants to get rid of it, who supports it and the majority who have yet to answer.

Meanwhile, nonprofits are speaking loudly about the issue.

He believes gun violence is strictly a criminal justice problem, and not a health epidemic.

"It has nothing to do with public health. That's a crutch from politicians who are unwilling to deal with criminal recidivism," Harris said.

"There's not another cause of death that we are so reluctant to take action on. It's crazy." said Cat McRitchie with the local group.

The health department says it doesn't have to wait on the feds to call gun violence an epidemic in Memphis. Local government officials can make that claim, and they have done so for other issues like opioids.

That got county commissioners last year to fund a task force to end the opioid problem through initiatives like mapping deaths, raising public awareness and looking at treatment options.

"The same thing could happen around gun violence," said Haushalter.

Haulshalter said she will plead her case to the county commission on why gun violence is a health epidemic, but couldn't tell us when that will happen.

WREG asked Memphis Police and the Shelby County Sheriff's Office for an interview, but never heard back.

Some jobless Americans will start seeing heftier unemployment checks as soon as this week, depending on where they live.

States are beginning to implement the historic enhancement of unemployment benefits that Congress included in its $2.2 trillion relief packageto address the coronavirus pandemic savaging the economy. It includes a $600 weekly increase for up to four months, on top of state benefits.

President Donald Trump announced 3M and his administration have finalized a deal that will see the manufacturer supplying millions of masks for health care workers.

Trump announced at the coronavirus task force briefing that the White House had "reached an agreement, very amicable, with 3M for the delivery of an additional 55.5 million high-quality face masks each month."

Children diagnosed with coronavirus in the United States typically have mild cases, the Centers for Disease Controls and Prevention said in a report released Monday.

However, some severe cases in children are being reported and three children have died, the analysis said.

Wisconsin holds its primary election in the middle of a pandemic

Two dead, one injured after shooting near Memphis fairgrounds

Two dead, one injured after shooting near Memphis fairgrounds

Coronavirus case count: At least 3,802 cases confirmed in Tennessee; 1,738 in Mississippi; 932 in Arkansas

Wisconsin holds its primary election in the middle of a pandemic