SHELBY COUNTY, Tenn. — A sheriff's office spokesman said Wednesday that a missing 9-year-old girl kidnapped from school by her non-custodial father Tuesday has been found safe in New Mexico with her father, Brenton White. 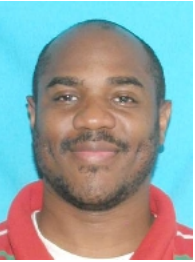 White was taken into police custody after a short pursuit Wednesday.

According to the report, officers with the Grants City Police Department in New Mexico located the suspects car around 2 p.m.

As officers attempted to detain the suspect, he refused to pull over. Officers laid out spike strips and broke out a window before capturing White, according to a press release.

White allegedly locked the doors and used his daughter as a human shield before being captured.

Zamyriah White was located in the vehicle with minor injuries from the broken glass.

Authorities say two children and a 19-year-old were also in the car.

SCSO Chief Deputy Floyd Bonner said the 19-year-old was White's daughter from a previous relationship. The third child in the car was the infant child of White's daughter.

"We are so happy that the children are OK," Bonner said.

Zamyriah White was reported missing Tuesday after her father, Brenton White, snatched her from her mother's vehicle while they were waiting in the drop-off line at Northaven Elementary at 8:30 a.m.

Bonner said the mother of Zamyriah White had moved to the Memphis area recently to escape a relationship with Brenton White.

The man was possibly attempting to rekindle a relationship with the 9-year-old's mother and had called the woman several times, Bonner said.

"Naturally, we were concerned the way the child was taken from Northaven Elementary," he said.

White faces custodial interference charges in Shelby County, but might not face kidnapping charges based on which parent has custodial rights to the child, Bonner said.

Shelby County Sheriff's Office spokesman Earle Farrell says the office was in contact with White several times during the search.

Although investigators didn't believe Zamyriah White was in danger, the suspect has been convicted of theft and violence before.

Police say the victim's father has also made threats to harm himself.

MEMPHIS, Tenn. — A Memphis church is going above and beyond to make sure people out of work have something to eat.

Lindenwood Christian Church in midtown partnered with the Mid-South Food Bank and used the church as a mobile food bank.