MEMPHIS, Tenn. — Authorities have released a photograph of a man they say opened fire outside a Whitehaven McDonald’s restaurant early Monday morning.

Surveillance video from the 4000 block of Elvis Presley Boulevard showed the suspect getting out of a gray four-door Nissan Altima or Toyota Camry around 9 a.m. Monday. He entered the restaurant and then walked back out, confronting another man.

That’s when police said a fight broke out and several shots were fired.

The suspect was seen getting back into the gray vehicle and fleeing the scene. That car was reportedly being driven by a female.

Police said the victim was taken to the hospital in critical condition. 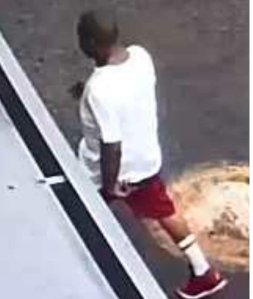 BENTONVILLE, Ark. (KNWA/KFTA) — Walmart is expanding its closing time from 8:30 p.m. to 10 p.m. at most of its stores nationwide, the Bentonville-based retailer announced on Friday.

MCKINNEY, Texas — A Texas couple have been charged with evidence tampering and abuse of a corpse after their infant son was found dead in a bucket of tar.

ARLINGTON, Tenn. — The driver of a semi-truck accused of killing two Tennessee Department of Transportation workers and injuring two others has been indicted, the Shelby County District Attorney's Office said.

Argument ends with a car crashing into side of Memphis church