EUGENE, OR. — Police in Eugene, Oregon said a pet store owner used a bush baby and stolen Girl Scout money to tip for a prostitute.

The Galago, the cash and a laptop were reported stolen from the store. 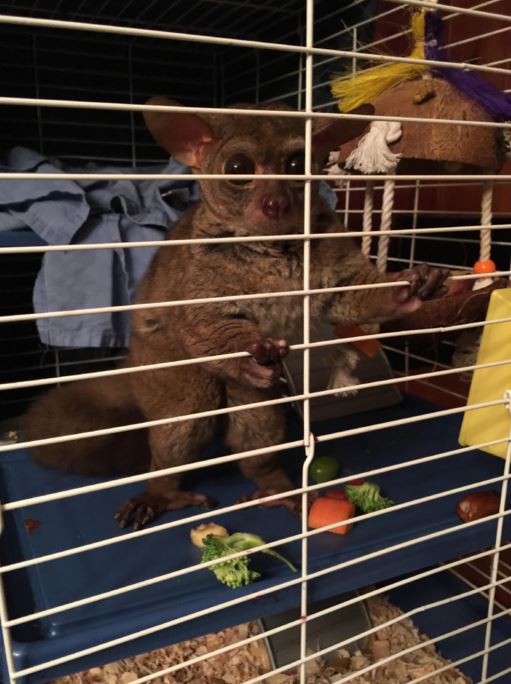 The Galago was recovered by police after officers located the woman involved in an area hotel.

The woman said Nathan Allen McClain gave her the monkey.

McClain is charged with patronizing a prostitute.

Previously, McClain was arrested after leaving an adult book store and appearing to be under the influence of methamphetamines.

McClain’s wife posted a statement on Facebook saying the store was working to get Nathan McClain’s name off of the business and banking accounts.

The Galago, named Gooey, is at a sanctuary until the pet store can get a new license that allows it to possess but not sell the animal.

But despite the recent rise in cases, people continued to crowd the streets of downtown Memphis this Fourth of July weekend.

CHICAGO (AP) — At least 13 people, including a 7-year-old girl at a family party and a teenage boy, were killed in Chicago over the Fourth of July weekend, police said. At least 59 others were shot and wounded.

In one shooting, just before midnight Saturday, four males opened fire on a large gathering in the street in the Englewood neighborhood, police spokesman Tom Ahern said. Two males died at the scene and two more, including a 14-year-old boy, died at a hospital, Ahern said.

The NHL and NHL Players' Association agreed Sunday on protocols to resume the season, a major step toward the return of hockey this summer.

Deputy Commissioner Bill Daly told The Associated Press there was an agreement on protocols for training camps and games and the sides are still negotiating an extension of the collective bargaining agreement, which is crucial to the process.

Hutchinson will insist on masks if Trump rallies in Arkansas

Protester killed on Seattle freeway was dedicated to cause

‘Lift Every Voice and Sing’ hymn ignites hope across nation

Kanye West announces plans to run for president in 2020

Second stimulus check: Where we stand as July begins

Woman hit by car, killed in the airport area

Hutchinson will insist on masks if Trump rallies in Arkansas

Protester killed on Seattle freeway was dedicated to cause