MEMPHIS, Tenn. — Memphis police have arrested a man responsible for a stabbing in south Memphis.

According to the police, the stabbing happened at the Southern Sun Inn at the 1900 block of Elvis Presley Boulevard. 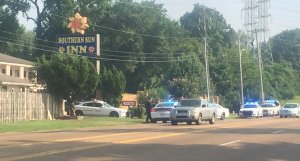 The victim was taken to the hospital in critical condition.

Police say Yarbrough stabbed the victim after an argument about whether or not the two had known each other in prison. Yarbrough told police that the victim struck him twice.

Yarbrough then left the scene and returned with a knife.  He chased the victim, and they ended up in the middle of Elvis Presley.

Police say Yarbrough stabbed the victim in the stomach, side and in the back. Police recovered the knife from a nearby dumpster.

Yarbrough has been charged with aggravated assault. He is expected to appear in court Monday morning.

MORRIS, Ill. (WGN) – A family is grieving a loss as painful as it is surprising. They believe 48-year-old father Ben Price took his own life after developing a rare and little understood phenomenon called "COVID psychosis."

The married father of two was a farmer and business owner in Morris, Illinois, southwest of the Chicago metro area. In February, he contracted COVID-19 after riding in a car with others to Bible study.

LAKE TAHOE, Calif. (KTXL) – A California skier has a harrowing tale to tell after surviving an avalanche.

Kyle Johnston was on a regular backcountry outing last month in the Tahoe region, where avalanches are common.