According to police, Tevaun Williamson was taken by ambulance to Le Bonheur Children's Hospital after his mother called for help. He was unresponsive when they arrived, and he later was pronounced deceased. 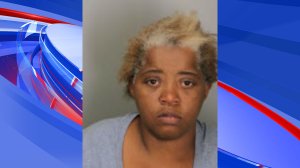 Authorities said he had several bruises all over his body and head injuries.

Williamson appeared in court on Thursday where her bond was set at $250,000.

She is expected to appear back in court at the end of November.

MEMPHIS, Tenn. — The six feet apart guidelines originally set by the Centers for Disease Control and Prevention may not be the exact answer to keep you safe from the novel coronavirus.

“That's a guideline that suggests that we do that minimum but the more we can do is better,” infectious disease specialist Dr. Manoj Jain said.

(CNN) -- The two top infectious disease experts on the White House coronavirus task force think social distancing measures appear to be helping but reminded Americans they are going to have a significant effect on how many people in the Unites States die.

"It's communities that will do this. There's no magic bullet (for Covid-19), there's no magic vaccine or therapy, it's just behaviors," said Dr. Deborah Birx, coordinator of the task force. "Each of our behaviors translating into something that changes the course of this viral pandemic over the next 30 days."

The school district said the employee or employees did not have direct contact with students, but they were involved in the food distribution process, which is now suspended indefinitely.

Coronavirus case count: At least 2,239 cases confirmed in Tennessee; 937 in Mississippi; 564 in Arkansas