MEMPHIS, Tenn. — Police documents obtained by WREG contain shocking details about a now-retired Memphis cop and his sexual relationship with a suspect he was investigating.

Kelly’s version of how this relationship went doesn’t line up with the text messages and pictures. It’s also pretty different than what others remember.

Kelly was under fire for having a sexual relationship with Bridgett Stafford, an admitted member of the Gangster Disciples, while he was investigating her involvement in a murder. Stafford was charged as an accessory after the fact after a man’s body was found nude, beaten and bound in a dumpster in 2017.

Stafford told police that when Kelly walked into the room, the first thing he said was, “I will f*** the s*** out of you.” He asked her if she was a prostitute or a dancer. When she told him she was neither, he replied, “Well why not?”

Kelly denies saying that, and he told investigators he just wanted to help her get out of a gang and on the right path.

Both admitted the relationship turned sexual a few weeks later.

Stafford said she stayed at Kelly’s apartment four to five times a week and took pictures of herself posing with his guns.

The two also exchanged text messages, which were detailed in the files.

In one conversation, Kelly apparently told Stafford where she could buy marijuana. Kelly denies that ever happened.

In another text exchange, Kelly encouraged Stafford to become a stripper. She said he helped her get a job at the Gold Club and even picked her up from work in a marked squad car. Kelly later told investigators he didn’t encourage her to become a stripper but “encouraged her to do the best she could with it.”

Copies of money transactions and show Kelly sending Stafford thousands of dollars through Cash App. She claims she spent it on things like outfits for the strip club and marijuana. 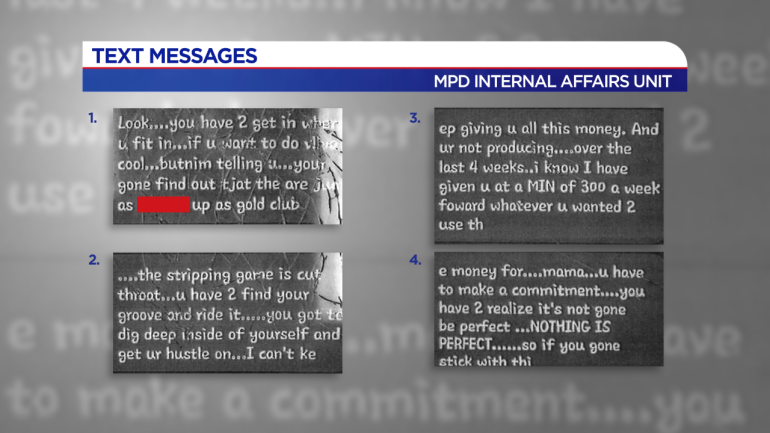 The relationship lasted several months, and at one point Stafford went with Kelly and another detective on a city-funded trip to Montgomery, Alabama, to interview a suspect in an unrelated murder case.

Stafford said she stayed in the same motel room. Her meals were paid for, but supervisors were never informed.

In fact, MPD didn’t find out until Stafford’s boyfriend told the FBI about the affair. That’s when an investigation was launched.

When asked by a supervisor whether he felt this case had been compromised due to his actions, Kelly responded, “I truly don’t.”

Kelly went on to say he believed Stafford’s charge, accessory after the fact, was a thin charge. It was more of a ploy to get her in to talk.

Kelly suddenly retired in the middle of the investigation. He’d been with the force since 1993 and is collecting a pension.

‘You took my best friend away’: Memphis man killed …

Best gifts for every grandpa