Capt. Joe Baker said ex-employees of one of the restaurants could be responsible. He said the burglars hit shops in West Memphis, Gosnell and Blytheville all in one morning this week. He also thought the two men might be responsible for another Subway burglary on West Broadway Avenue on Sept. 19.

Surveillance video at the Subway on Missouri Street in West Memphis showed one man shattering the glass of the front door around 6 a.m. That man ran inside while another stood watch, grabbed the cash register and ran. The burglars were gone in less than a minute.

“It’s an ex-employee or someone who knows an ex-employee maybe because they seemed to have pretty good knowledge of where things were kept," said Capt. Joe Baker with West Memphis Police Department.

Marcus Moore works at theSubway on Missouri Street. He did not recognize the men.

“[Our owner] never expected someone to come through and break in. It happened like that. We gotta be more careful out here," he said.

But police said the two men didn’t stop there.

“Working with the Facebook community is how we started gaining information on it reaching farther than West Memphis," Baker said. 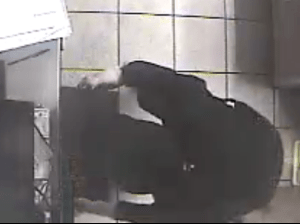 The burglars smashed in the front door clued them in to the fact that the incident could be connected to several other, Baker said.

"We got some information the Subway in Gosnell had been burglarized in much the same fashion. We reached out to Gosnell Police and obtained vehicle photos from surveillance footage and it does in fact appear to be the exact same vehicle," he said.

He displayed pictures of a gold or tan Chevrolet Trailblazer SUV that police think the men used to break in to Subways in Blytheville, Gosnell and West Memphis on Thursday between 4:30 and 6:30 a.m.

West Memphis Police said they also suspected the men were responsible for a burglary September 19 at another Subway on West Broadway.

They hope someone from the public could help them identify the men.

“One of the subjects has distinct clothing on that we’d ask the viewers to look at. I think someone might recognize the clothing,” Baker said.

MEMPHIS, Tenn. — There is growing concern over how much input the public will have on the Shelby County Election Commission's decision to buy new equipment to process paper ballots faster.

Shelby County Election Administrator Linda Phillips says the county needs to be ahead of the curve and they need to be ready as the state is looking to expand paper ballot voting.

WEST MEMPHIS, Ark. — The coronavirus pandemic has changed how many people live and do their jobs.

For police officers, that's no different, and officers in West Memphis have made some changes.

MEMPHIS, Tenn. — Gov. Bill Lee is set to give updates about the state of the coronavirus in Tennessee, as the state's cases passed a total of 2,000 Tuesday.

On Tuesday, state officials confirmed a total of 2,239 cases in Tennessee with 23 deaths.

Coronavirus case count: At least 2,239 cases confirmed in Tennessee; 937 in Mississippi; 523 in Arkansas