SOUTHAVEN, Miss. — Southaven police have arrested a man in connection with a road rage incident that ended with one man being stabbed.

Mario Rabara, 37, has been arrested and charged with aggravated assault.

Police responded to the scene at Goodman Road near I-55 at around 8 p.m. Friday night.

Police say the victim and Rabara got into an argument at the Southaven Walmart and left in their vehicles. The argument reportedly continued and escalated when they both stopped at a traffic light.

Rabara allegedly got out of his car and stabbed the victim in the stomach area. Police say Rabara also cut the victim on his arms.

The victim was taken to the hospital. Police say the victim is now in stable condition. 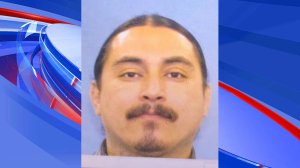 Rabara is being held in the Desoto County Jail with no bond.

MEMPHIS, Tenn. - - Memphis Mayor Jim Strickland is moving forward with his plan to put brighter LED bulbs in every street light across the city. WREG first told you about the initiative when the mayor announced it during his State of the City address Thursday.

"No longer will criminals have safe harbor to operate under the cover of darkness and prey on our citizens," Mayor Strickland said.

OBION COUNTY, Tenn. - The Tennessee Bureau of Investigation is looking for a 70-year-old man considered a person of interest in a double murder at Reelfoot Lake in Obion County early Monday morning.

Special agents with the TBI said David Vowell of Martin should be considered armed and dangerous.

WASHINGTON (NewsNation Now) — Mitch McConnell, the U.S. Senate Republican leader, in a statement on Monday said he would support a power-sharing agreement with Democrats after days of impasse held up the basic organization and daily work of the 50-50 chamber.

Democrat Chuck Schumer, now the majority leader thanks to Vice President Kamala Harris' tie-breaking vote, and McConnell had been at odds over the Republican's demand that Democrats promise to protect the filibuster, which requires a 60-vote supermajority to advance most legislation.

Woman who welcomed students, staff, and visitors to Houston High dies from COVID-19

Cancer drug may aid in treatment of COVID-19, study says

The worst — and best — states for driving

Woman who welcomed students, staff, and visitors to Houston High dies from COVID-19