MEMPHIS, Tenn. — The Tennessee Valley Authority has released new information about the safety of drinking water in the Memphis area, and now experts in the field are sounding the alarm.

The TVA retired the Allen coal plant at the center of the report in 2018, but there are still a lot of toxins including arsenic in the coal ash pits left behind.

In 2015, the EPA mandated the TVA study the effects of the toxins and release them to the public. They released the first report Friday.

“What the report did confirm is there’s a hole in the layer that’s supposed to protect city’s drinking water source from ash contamination,” said Amanda Garcia, an attorney with the Southern Environmental Law Center. 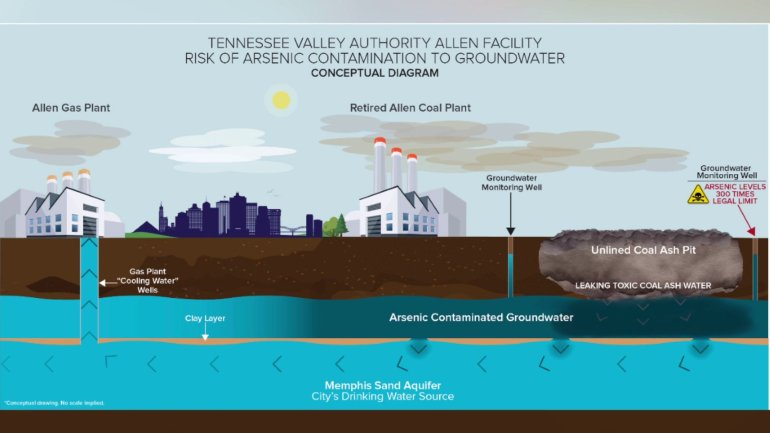 Experts disagreed on whether that could pose a risk to the Memphis aquifer.

“We absolutely know there is no risk to the drinking water from anything going on at Allen,” said Scott Brooks with the TVA.

MLGW representatives wouldn’t say whether they think the water could get contaminated happen in the future but did say they test the water often and haven’t detected any issues.

They’re also collaborating with researchers at the University of Memphis on a protection plan.

Experts did agree the toxins in the coal ash pond need to be moved. The TVA is working to do that this year. They didn’t have an exact timeline, but did say they’d open the discussion for public comment.

LAWRENCE, Kan. (NewsNation Now) — Les Miles is no longer head football coach at the University of Kansas after the two "mutually agreed to part ways," according to a statement released by the university late Monday evening.

LSU released a law firm’s 148-page review of how the university has handled sexual misconduct complaints on Friday. Former LSU football coach Les Miles, fired in 2016, was placed on administrative hours later by Kansas, as the report revealed school officials at LSU considered firing him in 2013 because of his behavior with female student workers.

MARSHALL COUNTY, Miss. – The search continued Monday for a Mississippi man who’s been missing for 10 days.

Jose Nava, 21, was last seen in the Pontotoc County town of Ecru on February 28.

SHELBY COUNTY, Tenn. — The Arlington High School Lady Tigers defeated Collierville in a basketball playoff game Monday night but part of the team's future could be decided in a court of law Tuesday morning.

The team is challenging a Tennessee Secondary School Athletic Association ruling that initially kicked them out of this year's playoffs and bans them from next year's postseason too.

When you file taxes could affect amount of your stimulus check

US journalist arrested while covering protest goes on trial