SYDNEY — Debbie Speranza was surprised when she met up with her cousin at a Sydney wedding reception recently and they were wearing the same dress.

But both women were even more surprised when they kept bumping into other women also in the same dress—a total of six women at the Australian wedding, which was attended by about 200 people total, showed up in the $128 dress from Forever New.

“No we are NOT the bridesmaids just the guests,” Speranza wrote on the brand’s Facebook page alongside a picture of the six women with the bride, Julia Mammone. She did dub the group #backupbridesmaids when the post went viral on social media, the BBC reports.

“A couple of the women were a little bit ‘ahhhhh’ but then we all saw the fun in it.” She adds, “It wasn’t a setup, I swear. I only knew one of the six women. Three were from the bride’s side and three from the groom.”

The six women and Mammone are scheduled to appear on an Australian morning show Wednesday to discuss the viral incident. 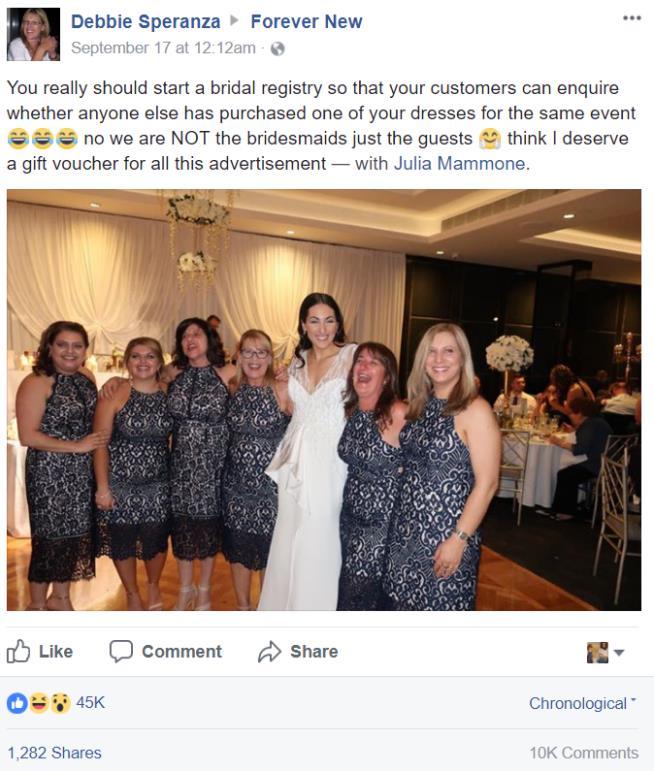 Teen nearly dies after getting syndrome tied to COVID-19

ROCKFORD, Mich. (WOOD) — While the elderly are more at risk of contracting COVID-19, multisystem inflammatory syndrome is a complication of the virus that can be dangerous, even deadly, for kids.

Mack Bowman, a Rockford teen, recently returned home from a five-day stay at Helen DeVos Children’s Hospital where he was treated for the syndrome. He developed the inflammatory condition roughly a month after testing positive for COVID-19.

EL PASO, Texas (Border Report) – Much like his boss -- President-elect Joe Biden -- Alejandro Mayorkas should step into a new job next January preceded by high hopes and facing even higher expectations.

“He will have to reverse all of the abusive and inhumane policies against migrants, particularly on the border, that Trump put in place. That is the expectation,” said Fernando Garcia, executive director of the Border Network for Human Rights.

MEMPHIS, Tenn. — There is a local connection to the top office of the land.

The president of Tennessee State University, who is from Memphis, confirmed to WREG-TV she has talked with the Biden administration, as it fills key positions.

Sunbeam recalls 940,000 crock-pots ahead of Thanksgiving due to burn risk

COVID-19 vaccine may be available by Christmas in Shelby County, but many are skeptical about taking it

‘America is back’: Biden pushes past Trump era with nominees

Restaurant workers out of jobs again as virus surges anew

Teen nearly dies after getting syndrome tied to COVID-19

Sunbeam recalls 940,000 crock-pots ahead of Thanksgiving due to burn risk