MEMPHIS, Tenn. — A pastor at an East Memphis megachurch isn’t facing any charges for a sexual assault that happened 20 years ago. 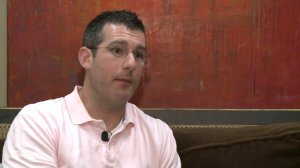 Highpoint Church pastor Andy Savage has been getting national attention since the incident came to light.

The lead pastor at Highpoint Church, Chris Conlee, says not all of the accounts about whats been uncovered are accurate.

The incident resurfaced last week when a woman wrote in a blog claiming Savage had a sexual incident with her back in 1998, when she was 17. At the time, Savage was a youth pastor at a Texas church.

Wednesday, the Montgomery County Constable’s office released a statement saying the statute of limitations has passed and no charges can filed. As a result, they are unable to investigate and seek justice to the full extent.

Savage says after the incident, he apologized and told church leaders about what happened..

Savage then resigned, and moved to Memphis.

He also says he told leaders at Highpoint about the allegations before he was hired.

But a local couple who took a marriage prep class with savage, thinks Savage shouldn’t have been teaching the class.

“Given the context of the class he was teaching about healthy relationships and marriage, that he didn’t reveal this part of his life … He should not be a position of authority, especially an authority over sex and marriage after committing a crime,” Erin Wills said.

Victim: ‘You shot me over a tablet’

One of Memphis’ 1st Black employees dies at 84

Motte out to lead CBHS to another state championship