MEMPHIS, Tenn. —  The principal at Manassas High School was removed from his position after a woman accused him of sexually assaulting her inside the school.

Documents obtained by WREG say that the alleged incident happened during the  evening hours of July 24.

According to the complainant, she and Otis Clayton had been involved in a sexual relationship at various times since she was 18. In July 2019, she said he made her think that there might be a job available for her in the district and offered to look over her transcript.

She said when they met on July 24 the focus wasn't on her transcript. She said Clayton "unwillingly" took her to Manassas High School and assaulted her inside his office.

She said Clayton apologized several days later via text message after she said she would report him.

The woman reported what happened to the Memphis Police Department on July 26, and Shelby County Schools informed Clayton that he was being placed on administrative leave with pay on July 29.

A transcript of the interview with Clayton by SCS officials was included in the documents obtained by WREG. In it, Clayton stated that he had known the woman for nearly 20 years and acknowledged that they had been in a sexual relationship off and on since she was 18.

He admitted the two had sex in the school. However, he denied raping or sexually assaulting her.

"She was asking about the teacher program that Yolanda is putting on. The Teacher Prep Program. I  was downtown. She asked if I wanted to hook up. I said, yeah, sure. She offered to go to the school," the transcript reads.

Clayton was removed from his position at Manassas High School and placed on administrative leave.

The district said they would provide support to Manassas to make sure the start of the school year goes smoothly.

Documents in this case are below: 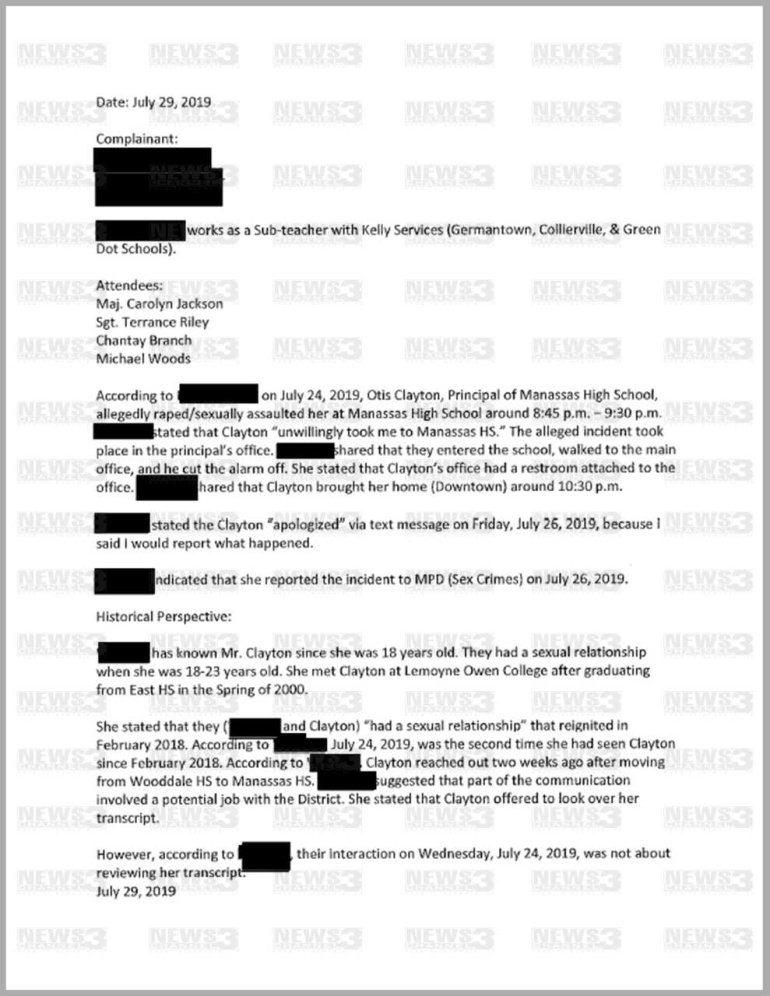 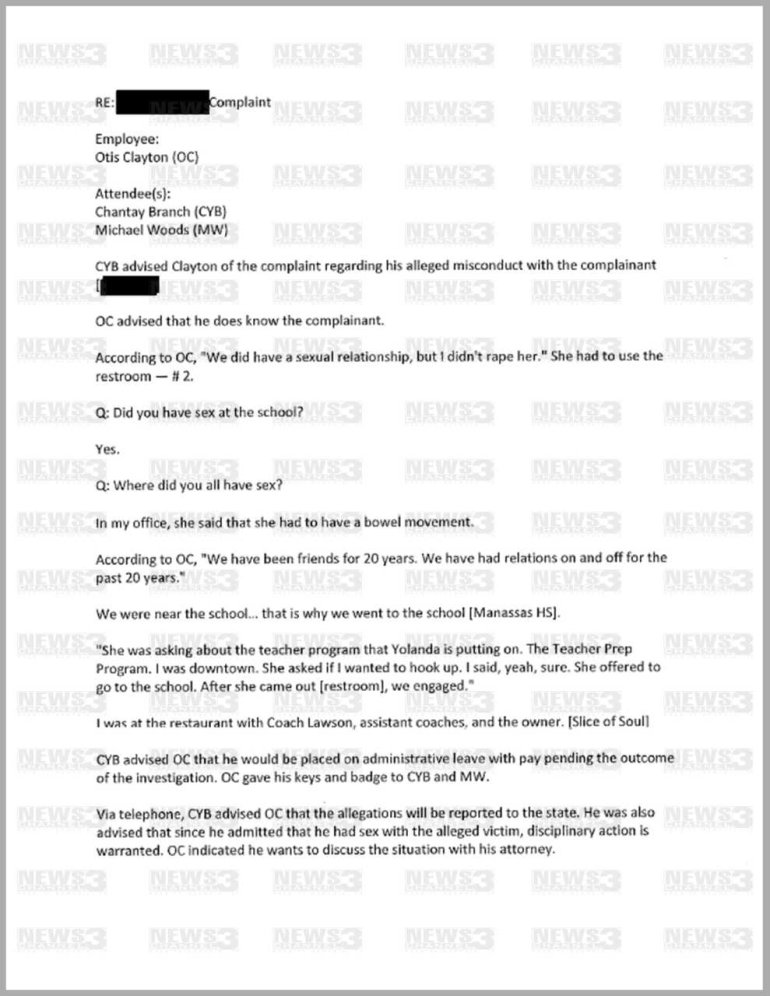 MEMPHIS, Tenn. — Memphis police have taped off a large portion of East Shelby Drive following what is being reported as a deadly shooting and crash in Whitehaven.

LAS VEGAS — With time running out in the race for delegates, the leading Democratic presidential candidates turned on one another Wednesday night with fiery attacks, underscoring the desperate need for candidates like Elizabeth Warren, Pete Buttigieg, Amy Klobuchar and Joe Biden to deliver standout performances in order to survive the next few contests -- and often doing it at the expense of Michael Bloomberg.

In the most negative debate of the 2020 cycle, it was the newcomer who took the most incoming, with the five longer-term candidates offering scathing critiques of Bloomberg's campaign spending, his record on policing policy as mayor of New York and misogynistic comments he allegedly made about women at his company in the 1980s and 1990s.

Skull Breaker Challenge is sending kids to the hospital