MEMPHIS, Tenn. — There have been hundreds of cars reported stolen across Memphis just in the past month.

That includes one belonging to a father of five that carried everything he needs to provide for his family.

Fernando Hardaway had just finished his day’s work when the incident happened. He owns a landscaping business and was ready to get home to his family last Monday.

“Basically, I was just stopping to get a couple of Gatorade drinks and a bag of dog food,” he said. “I park, I get out, I lock my doors. I put my keys on my pants and walk in the store.”

Within minutes, he walked out of the Family Dollar on South Third to find everything he’s worked for gone.

“It’s a Chevy Suburban, burgundy. There’s a Pittsburgh logo on the back of it, and Hardaway Landscaping is on the door.”

Not only was his SUV gone, but so was the trailer attached with all of his lawn equipment. Hardaway says he spent the last three years saving up for the trailer.

He’s one of nearly 400 people who reported their vehicles stolen in June 2019, according to MPD’s Cyberwatch. 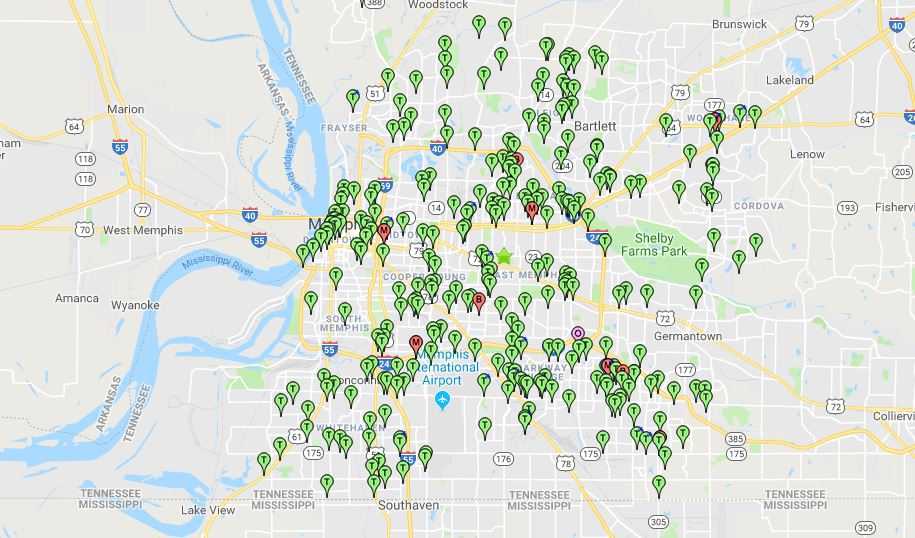 It happened in every neighborhood at all hours.

Some areas were hit harder than others, including downtown Memphis. The area had about a dozen reports.

Raleigh had many reports as well, along with a few around Winchester and Lamar.

“When you get out of the car, take the keys with you. Lock the doors. Let your windows up,” MPD spokesperson Louis Brownlee said.

Hardaway says he hopes the thieves realize the impact they made. He also told us he’s not letting this keep him down.

Police say the victim showed up to Fire Station #19 on Chelsea Avenue.

Police say officers responded to a call of shots fired in the area of Mountain Terrace and Frayser sometime after 9 p.m. Thursday night.

MEMPHIS, Tenn. -- Some Memphians say they've gone as long as nine days without mail delivery as the U.S. Postal Service points to the ongoing coronavirus pandemic.

Cooper-Young resident Cheryl Bledsoe says she'd been checking her mailbox every day since Saturday, but no mail was delivered until late Thursday afternoon.

Man loses left eye after being Tased by Arkansas police