Memphis, Tenn. — A second suspect has been arrested in connection with a homicide that took place at the end of March.

18-year-old Demerrick Porter has been arrested in the shooting death of Christopher Smith. The shooting happened in the 4500 block of Cognac Cove on March 28. Smith was pronounced dead at the scene. Another victim, who had been shot in the leg, was transported to the hospital and later released.

The first suspect arrested was Jaelen Bell, who was taken into custody on Friday, April 6. 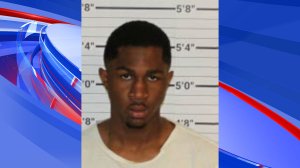 Bell was captured when he and another man stole a car and led police on a brief chase.

Upon arrest, Bell confessed to shooting Smith and the other victim because they were “following his car for several blocks.”

Months prior to this arrest, Bell was arrested and charged unlawful possession of a gun after recording himself walking through Oak Court Mall with a gun. Those charges were later dismissed.

NASHVILLE, Tenn. (WKRN) — Several black state lawmakers pleaded this week for support in addressing the fallout from George Floyd's death while in custody of Minneapolis police.

"I think we got to figure a way to tell the good cops from the bad cops," said African American state Senator Brenda Gilmore on Thursday.

WASHINGTON — Senate Republicans are significantly ramping up their investigations into the FBI's Russia probe with a pair of committee votes that will give the GOP committee chairmen broad subpoena power to haul in officials from the Obama administration.

The Senate Judiciary and Homeland Security and Governmental Affairs committees will vote to authorize subpoenas in the separate Republican-led probes into the actions of the FBI, the Justice Department and Obama administration officials surrounding the FBI's Russia investigation, the prosecution of Trump's associates and the appointment of former special counsel Robert Mueller.

NASHVILLE, Tenn. — A Tennessee judge says the state’s guidance about who can vote by mail due to the coronavirus is “very ambiguous” and there's “weighty proof” that other states have expanded to let all voters cast absentee ballots this year.