MEMPHIS, Tenn. — Thousands of guns are in the hands of criminals in Memphis and the police director blames lawmakers.

So far this year, three guns are reported stolen out of cars on average every day in Memphis.

“Unfortunately, I do think the number will continue to grow,” said Director Michael Rallings. “It’s three times higher than it was in 2013. 358 compared to 1,104.”

In 2013, state lawmakers passed a law that went into effect the following year allowing drivers to carry lawfully owned firearms in their cars without a carry permit.

“Many of these young man we have talk to they go out purposefully looking to find guns in cars,” said Rallings.

He said the stats prove it. You can see this year, the highest number yet of guns reported stolen out of cars. 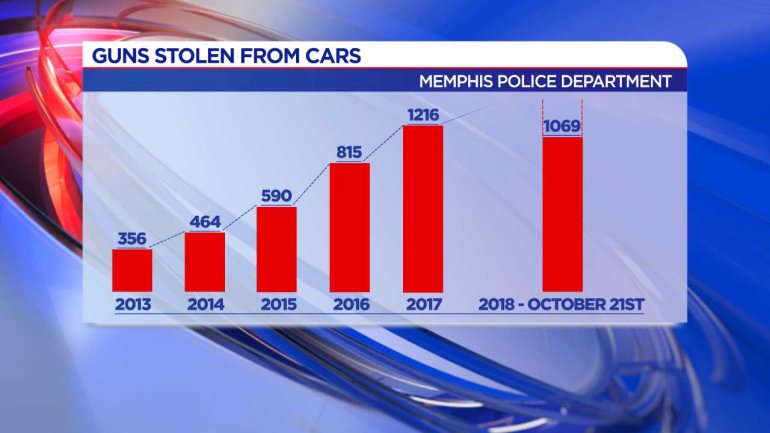 “Extending the house to the car was not a good idea in his have negative consequences,” he said. “If we removed the access to these guns, you know criminal access, we will probably be able to nicely reduce the amount of crimes that are being committed.”

State Rep. Mark White, R-East Memphis, supported the law, but plans on meeting with Rallings before the next legislative session.

Rallings said he as well as other law enforcement officials across the state will fight to repeal the law.

WREG will let you know when Rep. White and Rallings, meet and if anything is filed to repeal the law.