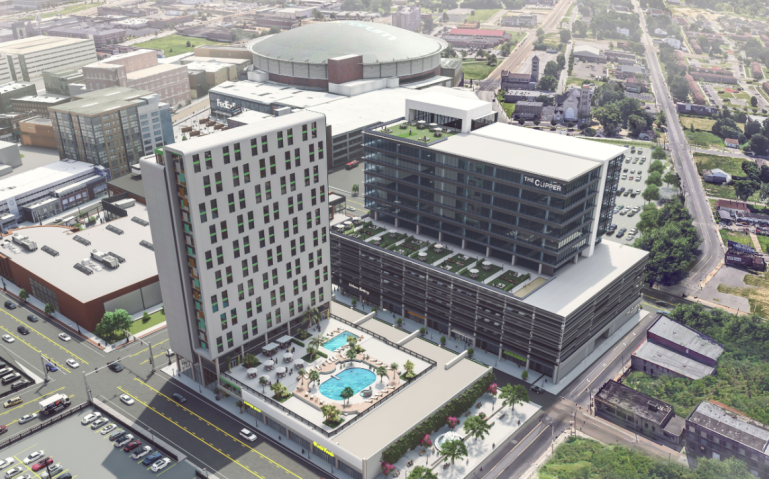 MEMPHIS, Tenn. — On the heels of FedEx announcing they will move their logistics operations to the former Gibson Guitar factory, developers announced Tuesday an adjacent eight-story office tower and an about 250-room hotel.

The development, named The Clipper, will stand in space that is currently a 385-space parking lot across Doctor M.L.K. Jr. Avenue from the new FedEx building and near the FedExForum.

The Clipper will include a 250,000-square foot, eight-story Class-A office tower. Developers said it is the first major office development in downtown in 20 years. 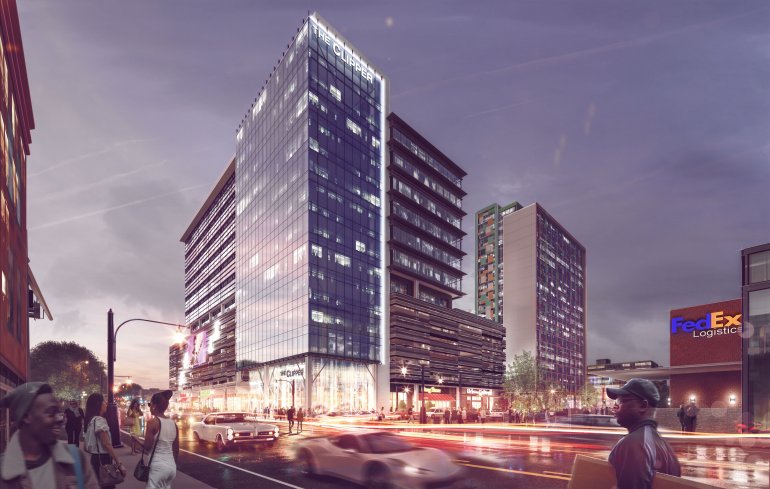 The bottom floor will have retail space and green spaces. It will also include multi-level parking.

The hotel portion of the development, developed by Nashville-based Senate Hospitality, will have about 250 rooms and a rooftop deck.

“Today is another great day for the City of Memphis,” Mayor Jim Strickland said in a press release. “Having two projects of this magnitude happening across the street from each other along with everything else happening downtown—St. Jude, Union Row, the Riverfront—shows the strength of our momentum. I said during my State of the City address that we’re going to ‘build up, not out’, and this project is a prime example of that.”

The Downtown Memphis Commission granted a PILOT lease transfer to Somera in 2017.

OXFORD, Miss. — The process to remove a Confederate statue from its pedestal on the University of Mississippi campus has begun.

A spokesperson for the university confirmed the news to WREG in an email early Tuesday morning.

ODESSA, Texas (KMID/KPEJ) -- A Texas hospital is calling all nurses, even retired ones, to help its full-time staff in combating the coronavirus.

Staff anticipates a potential spike in cases following the Fourth of July.

Lawyers for Patrick Crusius, the man accused of killing 23 people at an El Paso Walmart last year, said he was in a psychotic state when he was taken into custody minutes after the shooting and suffers from mental disabilities.

Crusius' defense counsel disclosed the mental health conditions in a motion filed last week that asks for more time to investigate the "red flag mitigation themes" as prosecutors decide whether to seek the death penalty.