*** This story is an updated version with multiple corrections after our first version of the story contained various inaccuracies. We regret the errors, as accuracy is of the utmost importance to WREG News Channel 3 ***

MEMPHIS, Tenn. — Gov. Bill Lee approved millions of dollars in grant money Friday morning that will help counties around the state with infrastructure improvements and safety initiatives. But when the final list came out, much of West Tennessee was left off.

More than $26 million was given out to 66 different counties in the state.

Community leaders agreed, they’ll take all the help they can get, but there are different routes for different types of areas.

Some grants did go to cities and towns in the area, including about half a million dollars for a sewer project in Bolivar.

In total, West Tennessee will receive about $8.5 million, which does not include Memphis or Shelby County.

WREG reached out to the Tennessee Department of Economic and Community Development to understand why so little of that money made its way to the Mid-South. An official explained over the phone there are “entitlement cities” that are not eligible for the community development block grants because they already receive funding from the Housing and Urban Development Department.

A state official told WREG they balance the decision by combining community need and project impact, terms that at least this year have left a large portion of southwest corner of the state out to dry. If anything, it provides a clear window in the competitive state process, where everyone wants a piece of the pie. 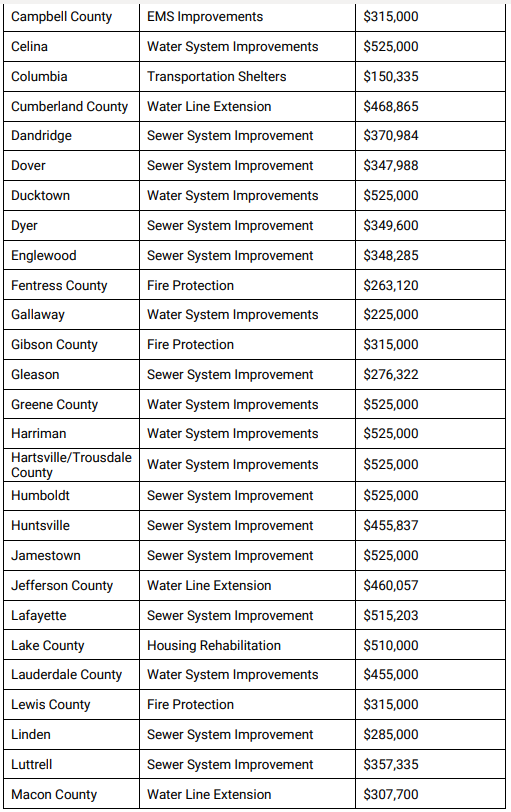 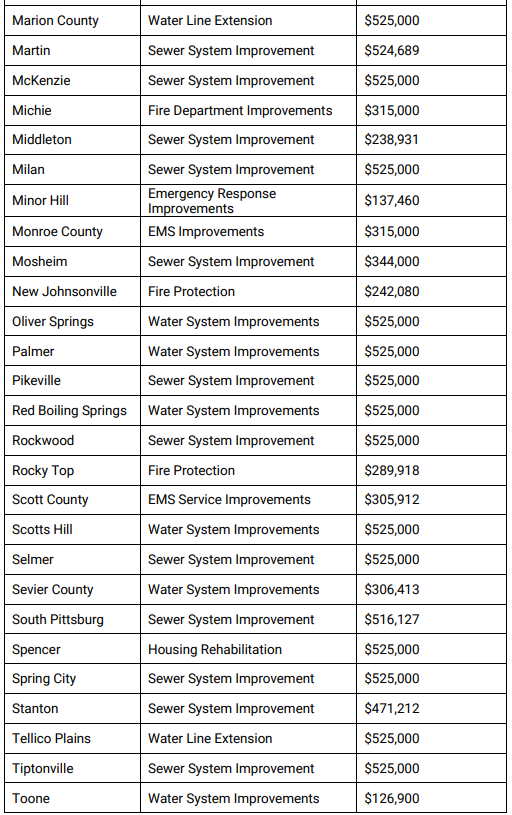 KNOXVILLE (WATE) - The Tennessee Department of Human Services is extending their deadline to apply for Pandemic Food Assistance.

Applications will be accepted online for the Pandemic Electronic Benefit Transfer (P-EBT) program until Monday, July 27 at 5:30 p.m. Eastern Time. This is the second time TDHS has extended the deadline.

(CNN) -- Two police officers in McAllen, Texas, were killed while answering a domestic disturbance call Saturday afternoon, according to the police chief.

The officers were shot by a suspect as they approached the door of a home, McAllen Police Chief Victor Rodriguez said during a press conference Saturday evening.

(CNN) -- Florida Gov. Ron DeSantis is pushing to reopen schools in the fall against the advice of some of the nation's top health officials, and said if Walmart and Home Depot are open, schools should be, too.

"We spent months saying that there were certain things that were essential -- that included fast food restaurants, it included Walmart, it included Home Depot. If fast food and Walmart and Home Depot -- and look, I do all that, so I'm not looking down on it -- but if all that is essential, then educating our kids is absolutely essential," DeSantis, a Republican and ally of President Donald Trump, said in Jacksonville on Thursday.

One killed in wreck at Lamar and I-240

Dollywood: 3 people sent to hospital after “themed decoration” falls, strikes them at the park

Trump wears mask in public for first time during pandemic

One killed in wreck at Lamar and I-240