One of those lots is next door to Gerita Jackson’s house, and WREG tracked down its owner.

She’s talking about the overgrown mess next to her home on Paullus in Frayser.

“When you look at this here, this is just an eyesore,” she said, shaking her head.

It’s an eyesore Jackson said she reported to the city several times. The city sent crews to mow it once already this year, but the brush quickly grew back.

Blight is a problem many Memphis residents have complained about about time and time again in many neighborhoods across the city.

“The problem is the city manages about 9,000 lots that are not being maintained,” said Robert Knecht, the Memphis Public Works Director.

You read that right — 9,000 vacant lots not being maintained by property owners, so the city is forced to step in.

“We may be able to cut most lots three times, maybe four times a year,” he said.

Another problem: even though the city charges property owners for mowing services, most of the time, they don’t get a dime back.

WREG found out the property next to Jackson’s home is owned by John Sharpe.

According to county and city records, Sharpe hasn’t paid property taxes in a decade and owes the county $2,678.33. He also owes the city property taxes, services, fees and interest for taking care of the property. That total: $17,141.78.

WREG tacked down Sharpe at his home. He told us he once had intentions of fixing up the property but got fed up with the city’s citations.

“I’m so sick of what the city does anyway. They’re full of s**t anyways,” he told us.

We asked Sharpe if he had any intentions of cleaning up the property.

“No. They said they were auctioning it. I thought they done auctioned it by now,” he responded.

Sharpe also said he knows the city has been mowing the lot for seven years, and doesn’t plan on paying them back.

The tax assessor’s office stated when Sharpe’s property in Frayser heads to a tax sale in the next few months, the buyer would incur everything Sharpe owes. The land is worth $6,000, so the buyer would have to pay an additional $20,000 on top of that.

More than likely, the land will head to the county bank, and the taxpayers will eat the costs.

“I understand taxpayers are paying for it. I pay taxes. I’m paying for it too unfortunately. It falls into the same category when they took the statues down. They didn’t maintain that grass,” he said.

Jackson disagrees with that statement. She said his land is the only land on her block not being maintained.

“It’s terrible to look at this next door to you,” she said.

The city says it’s important taxpayers keep notifying them about overgrown grass or other eyesores in their community.

They ask that you call 311. We’ve mapped out the process on what happens next. (See graphic below.)

After our interview with Jackson, we notified the city. Once again, they mowed Sharpe’s property and billed him.

If he doesn’t pay, the city will place another lien on his property, making it eighth one. 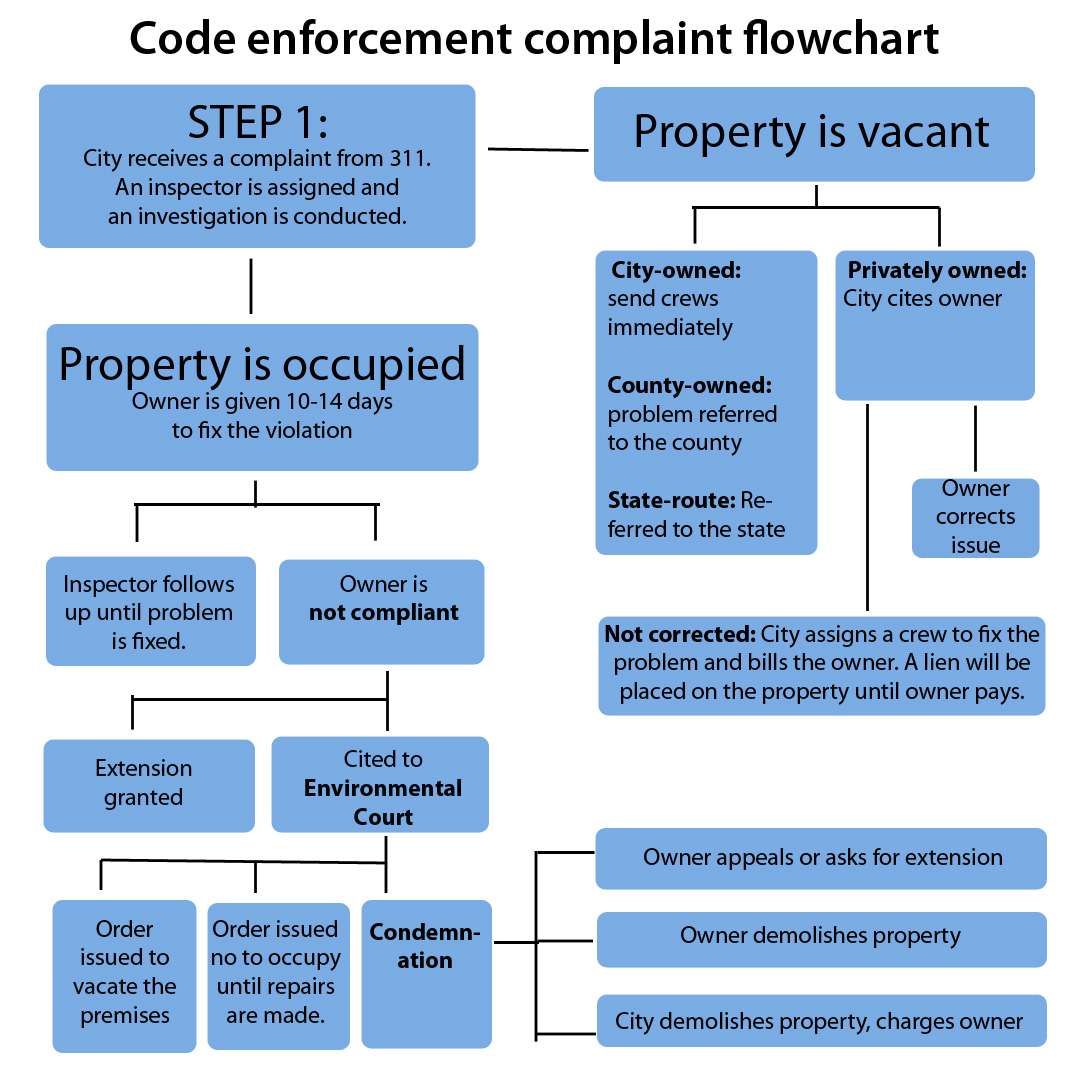