MEMPHIS, Tenn. — Long before the ice arrived, the weather was already taking its toll on the Mid-South.

Temperatures also plunged, and Memphians had to adjust. 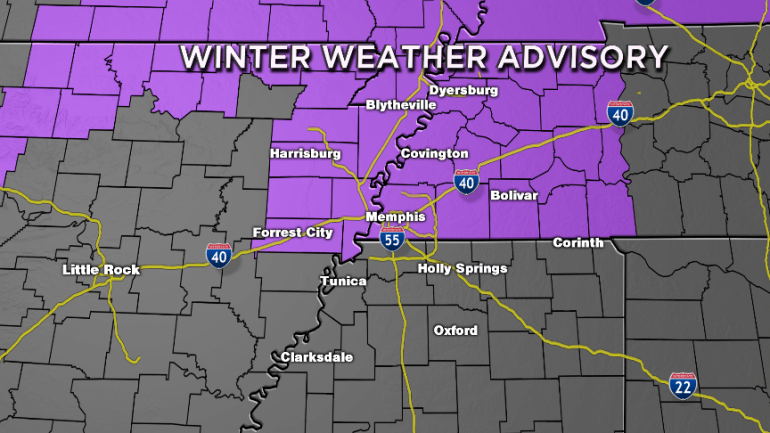 “It’s pretty darn chilly. It’s so windy out here, I need to get back in the car,” Guion Benkin said.

The City of Memphis was also prepared with brine-filled trucks standing by to treat roads — although they were delayed due to Monday’s rain.

“I know Memphis has always been bad about drivers and cold weather, so hopefully everybody’s safe and stays under control,” driver Benton Garrison said.

The city opened the Lewis Senior Center on North Parkway as a warming center, but by 5 p.m. when it officially opened, no one had showed up.

MEMPHIS, Tenn. — Officials are trying to turn the Gateway Shopping Center in North Memphis into a hospital as soon as possible.

WREG saw contractors assessing the facility Tuesday near Jackson Avenue. There’s plenty of work to be done, and all of it will be overseen by the U.S. Army Corps of Engineers.

But traditional funerals with crowds of mourners packed inside a building can be breeding grounds for the coronavirus, which is why more funerals are happening outside.

Prine, a country folk-singer and songwriter for nearly five decades, was hospitalized at Vanderbilt University Medical Center on March 26. He had since been placed in ICU and put on a ventilator and reportedly had pneumonia in both of his lungs.

Food pantry works to deliver food to people with COVID-19

Coronavirus case count: At least 4,138 cases confirmed in Tennessee; 1,915 in Mississippi; 997 in Arkansas