They said Bell killed Chris Leduc in a trailer off South Cove at the Lakeshore Trailer Park Wednesday night. Bell was wanted for several hours, but deputies said he turned himself in at 11:15 a.m. Thursday.

“He was like my brother,” said family friend Charles Holmes. 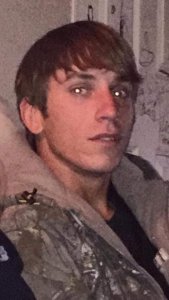 According to friends, Leduc is the uncle to Bell’s children.

Friends and neighbors said it all started with a fight between Bell and family members of Leduc’s. The fight turned physical and spilled into the street, and Bell left. However, friends and witnesses said within a few minutes he returned. They said this time he had a gun and sprayed the house with bullets.

“He came back and shot him. He knew what he was doin’ when he came back,” said family friend Eugene Nash.

Nash stayed with Leduc until the paramedics arrived.

“I can’t leave that boy there to die, and I knew that’s what was going to happen when I walked in and seen him. He was shot six or seven times,” he said.

“He loved everyone, and he had three little nephews man and they was his world,” explained Holmes.

Those three nephews that won’t have an uncle or father home with them this Christmas.

“Over nonsense really. Over a bunch of nonsense,” said Nash.

Witnesses said another person was also grazed by a bullet during the gunfire, but he’s expected to be OK.

From QB to TE, the motivation behind Caden Prieskorn’s …

Four amendments you will vote on in TN Nov. 8 election