Skip to content
Watch Now
Watch Now
WREG News at 6
This is an archived article and the information in the article may be outdated. Please look at the time stamp on the story to see when it was last updated. 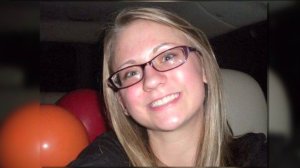 Tellis is being held at the DeSoto County Jail in Hernando where he was taken last month after being extradited from Louisiana.

Detectives say Tellis set Chambers on fire and left her to die on a country road near Courtland, Mississippi.

Friday, neither Chambers's nor Tellis's loved ones offered a comment after court dismissed.

District Attorney John Champion said he was not surprised with Tellis's plea. He said he has been in touch with the Chambers family.

"I've met with them on numerous occasions. They've obviously emotional about the case, but you know, we've met with them enough to where we've prepared them for everything that's going to happen," Champion said.

"Justice will be served, and I feel really good about the case," Panola County Sheriff Dennis Darby told WREG.

Jackson attorneys Alton Peterson and Darla Palmer, both based in Jackson, represented Tellis.

Peterson told WREG they did not wish to comment but said they are "a long way" from trial.

Tellis is also charged with the first-degree murder of an international student at the University of Louisiana at Monroe.

In August 2014, ULM student Ming-Chen Hsiao was found stabbed to death in her apartment.

He entered a guilty plea to using credit cards belonging to Hsiao just before being extradited to Mississippi.

Tellis was sentenced to five years for unauthorized use of a credit card, however, since Tellis was declared a habitual offender, his sentence doubled to ten years.

Champion said Tellis's trial is technically scheduled to begin in September, but he does not anticipate trial will begin until next year. He believes it will likely be next spring.

NASHVILLE, Tenn. – A Mid-South nurse caught with numerous drugs, including 600 of her patient’s prescription pills, is finally facing punishment from the state.

WREG has been following La Tisha Hayden's story from the beginning. Last week, her case went before the Tennessee Nursing Board. The meetings were streamed on the state's website.

DESOTO COUNTY, Miss. — On the heels of WREG confirming the rumor of Chick-fil-A coming to West Memphis, another popular chicken chain is making a return to the Mid-South.

City of West Memphis officials cannot confirm the restaurant will be built off  West Service Road, but someone close to the project showed WREG the building permit and the proposed plans.

American Greetings laying off more than 200 employees from Osceola facility

American Greetings laying off more than 200 employees from Osceola facility