MEMPHIS, Tenn. — The Memphis man charged with a weekend crime spree that ended with an officer losing his life was in court Monday morning.

Justin Welch was arraigned via video and his case was delayed.

Police say Welch stole a car from a Fox Meadows gas station, shot two men outside Westy’s in the Pinch District, shot a Bass Pro Pyramid employee in the store parking lot, led police on a chase and then crashed at 3rd and Beale where Officer Verdell Smith was hit and killed.

Witnesses say Welch started yelling at a group of people sitting outside Westy’s, at one point saying ‘What y’all looking at?”

The wife of one of the men shot said he shot both men point-blank.

A few minutes later, a family visiting Bass Pro said they saw a Silver Camero driving north in the store parking lot and then it did a u-turn and faced the store employee.

Witnesses said they saw the driver shoot four times at the store employee, who was hit but able to run toward the store. 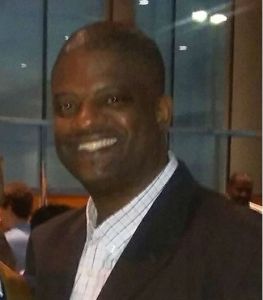 Officer Smith was trying to move people out of harm’s way Saturday night when he was hit.

He was a veteran of the police force who was hired by MPD in 1998.

Smith is survived by his father, fiance and his children.

He was stationed at the Old Allen precinct.

You can find an archive of our coverage Here.

(CNN) -- Federal officials on Friday ordered airlines to reimburse customers for canceled flights, saying a growing number of passengers are complaining amid the coronavirus pandemic that airlines are providing travel credits rather than refunds.

The US Department of Transportation did not say how many claims it has substantiated, but it did direct carriers in an enforcement notice "that passengers should be refunded promptly when their scheduled flights are cancelled or significantly delayed."

MEMPHIS, Tenn. — Two major retailers are enforcing new rules to encourage social distancing within their stores due to the novel coronavirus pandemic.

Both Walmart and Target introduced new measures to fight the spread of the virus.

MEMPHIS, Tenn. – A suspected drunk driver accused of hitting as many as four cars in a series of crashes Friday evening was eventually stopped thanks to the acts of a Good Samaritan, WREG has learned.

Mark Purifoy says he witnessed one of the crashes around 6:30 p.m. at the corner of Summer and Highland.

Coronavirus case count: At least 3,067 cases confirmed in Tennessee; 1358 in Mississippi; 743 in Arkansas