CORINTH, Miss. — The Federal Bureau of Investigation canceled an alert for a wanted man out of Corinth, Mississippi.

On Wednesday, authorities asked the public to keep an eye out for Kennoris Hughey, a known member of the Gangster Disciples. They said he was wanted on a drug distribution conspiracy charge after reportedly being involved in a drug ring in north Mississippi since 2017.

The 37-year-old should be considered armed and dangerous, the FBI warned.

Several hours later, the FBI released another statement saying Hughey had been captured. They did not release any additional information. 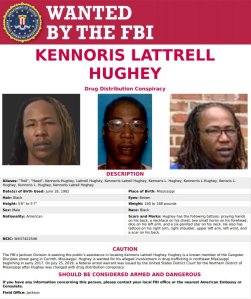 Preparations to celebrate the 400th anniversary of the Pilgrims arriving in the New World were in full swing in Plymouth, Massachusetts. But then residents woke up to find that the beloved landmarks that make their city special had been vandalized.

Plymouth Rock was one of them.

FORT WORTH, Texas — Pier 1, the troubled home furnishings retailer that has closed hundreds of stores in recent years, filed for bankruptcy Monday.

The company, based in Fort Worth, Texas, released a statement saying that it reached a plan with lenders to provide it with $256 million. It will try to find a buyer for the company.

MEMPHIS, Tenn. — A Memphis man was arrested after police say he broke into his neighbors' home, stole several items and then raped a woman sleeping inside.

The victim told police she was asleep in her bedroom early Sunday morning when she woke up to find a man touching her. He covered her mouth, preventing her from screaming, and raped her.

The price of wine is dropping fast