MEMPHIS, Tenn. -- Memphis city leaders are calling for action to put an end to violent crimes committed by and against children.

The Memphis City Council has asked for the entire city to participate in a moment of silence on Sunday morning to remember the lives of the three children who were killed over the past week.

On Friday afternoon, the Shelby County Board of Commissioners joined the call for the moment of silence and expressed their condolences to the children's' families.

City Councilman Martavius Jones says that after the moment of silence, the community needs to become proactive. Jones said that law enforcement can't do it themselves, and that a realization needs to be made despite the officer shortage.

“I just dispel this notion that having x amount more officers would’ve prevented these unfortunate incidents from happening. They respond. They can’t prevent," Jones said.

While overall crime was down last year in Memphis and Shelby County, violent crime among juveniles was up 32 percent. 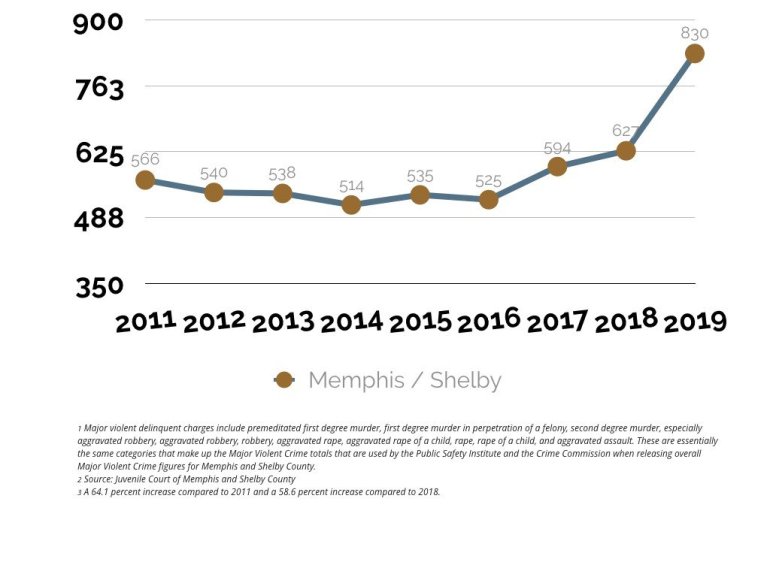 Crime Commission President Bill Gibbons said that in 2019, there were 18 juveniles charged with murder.

"That’s disturbing, and a lot of those victims were juveniles as well," Gibbons said.

Gibbons said that two thousand juveniles were charged with a crime last year, but the real concern is for the repeat offenders terrorizing the community.

“What I’m hoping is that we as a community will be smart enough to figure out how to really handle those 200 or so juveniles who are responsible for a pretty good percentage of violent street crime in our community," Gibbons said.

It's an approach that’s going to need more of an investment in our youth starting at the top.

“I hope that during this budget season, we have to," Gibbons said, "and I don’t think we’ve made a sufficient investment in children.”

In a statement sent to WREG, Mayor Jim Strickland said that he is "angry and heartbroken" over the loss of young lives.

"The loss of one life is too many, but as a parent, the loss of a child due to this kind of violence is unconscionable," Strickland said.

Strickland laid out the efforts the city is making to positively affect more of Memphis's youth, including increasing youth summer jobs and funding universal, needs-based Pre-K for the first time in Memphis's history. He said they have an overall crime reduction strategy that they are working on everyday.

"We won’t rest until we see more positive results," Strickland said, "because that’s what Memphians deserve.

SpaceX has signed a deal with a space tourism company to organize a trip orbiting the Earth for a handful of adventurous travelers.

Space Adventures — which organized eight tourism trips to the International Space Station between 2001 and 2009 — plans to help organize a flight for four people aboard SpaceX's Crew Dragon spacecraft. The trip could take place in late 2021, according to a press release and video Space Adventures released Tuesday.

NEW YORK — The United States ranks lower than 38 other countries on measurements of children's survival, health, education and nutrition -- and every country in the world has levels of excess carbon emissions that will prevent younger generations from a healthy and sustainable future, according to a new report.

The report, published in the medical journal The Lancet on Tuesday, ranked 180 countries based on a "child flourishing index" and the United States came in at No. 39.

WGN spoke exclusively with Blagojevich as he arrived to the Denver airport to catch his flight home to Chicago.