MEMPHIS, Tenn. — Famous TV judge Joe Brown is on the hot seat after statements he made about Harriet Tubman, but the judge is making no apologies for what he said.

Judge Brown upset many people when he was discussing the picture of abolitionist Tubman being placed on the $20 bill on a radio show.

“You’ve got nothing but male whites on the currency with one exception,” Brown told WREG. “You’ve got Susan B. Anthony on a silver dollar, so you’ve got all white men, one white woman, so what do you do? Do you put a black man on there like Thurgood Marshall or Fredrick Douglas or Martin Luther King, one of the only three people the United States has named a holiday after? No. You take a foot soldier, and the foot soldier was a brave lady, but she did not die in the battle.” 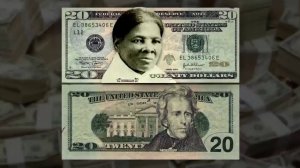 Brown is back in the national spotlight not for his unorthodox courtroom antics or his TV show but for controversial statements he made about Tubman on the $20 bill.

“You assess the value to an ethnic group or to a race, and this is ancient history on the status of the men,” he said.

Tubman, an American icon, was born a slave and escaped to her freedom, making 13 trips back to free other slaves using a network of safe houses called the Underground Railroad. Her life story is being told in theaters now in the movie “Harriet.” Brown said the film is also part of the ploy, and he knows from his days in Hollywood that feminists are behind it.

“I was privy to many debates out there where what I call ‘feministas’ decided that we hate straight black men with a passion,” Brown said. “We want to dis them. I’m paraphrasing them, but they were actually saying this. We need a woman at any cost on a currency, so lets pick a historical black female so the liberals can’t attack it, the black men can’t attack it, and everybody will push it, and oh by the way whoever we pick, let’s do a movie to push this woman.”

“You dis him totally,” Brown said. “You see, you’ve never done a movie about him. What you do is you pick one of our foot soldiers and say, ‘The hell with the greats we’ve got out there.'”

Judge Brown had a lot more to say, including some interesting things about former President Barack Obama and President Donald Trump and why black people should support Trump. Hear what he had to say below.

Finding the perfect Valentine’s Day gift for your spouse can be difficult. It should be specific to your loved one, but can also be something for you to share.

Giving a personalized gift this Valentine’s Day, whether for your significant other or your bestie, is a great way to express your feelings.

If you’ve just started dating, gift-giving and holiday protocol can be difficult to navigate because nobody wants to come across too strong or indifferent.

Live At 9 with Mayor Jim Strickland

Woman says she tried to warn MPD about officer now …

‘The spirit led me to go’: Officer reflects after …

Pedestrian struck, killed at I-240 near Walnut Grove

Toll of police brutality on display at State of the …

Officer reflects after saving teen father on I-40 …