MEMPHIS, Tenn. — The Memphis Police and Fire departments have talked about getting more diversity on staff and how that can mend community relations. Now they’re trying different ways of achieving it.

The fire department launched a program at Trezevant Career and Technology Center a couple of years ago to get more high school students trained and ready to join the force. The program is one avenue MFD is using to boost the number of female recruits, and also get the department more racially diverse.

Lee’s class is made up of mostly female students.

“I think they don’t know they can and are getting more exposure to it now,” said MFD Chief Hope Lloyd. “Historically, this has always been a white, male-driven career from the beginning.”

That’s what you see when you look at the department’s staff. 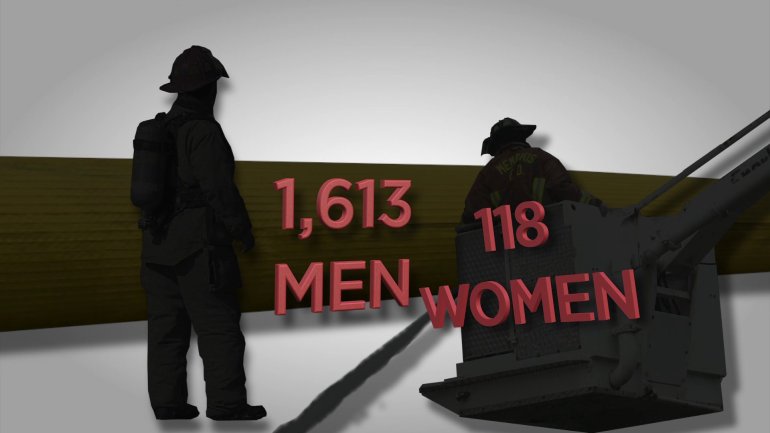 When you compare that to the latest U.S. Census data, Hispanic and Asian communities are very underrepresented. 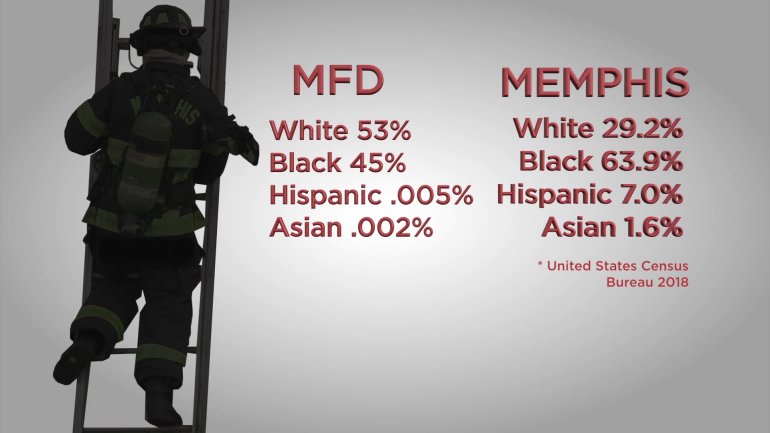 “I definitely think we can do better,” Lloyd said.

MFD said they usually get a diverse group to sign up, but then many get weeded out in the agility test. Now, they plan on opening the training facility full-time to the public, so everyone can get as much practice as needed to pass.

At the Memphis Police Department, recruiting is also important.

Their recruitment team says they want to build a force that reflects the city’s population, which is why they’ve been recruiting nationwide.

“We go to big cities. We look at where they may be laying off officers or changes may have happened within their government,” said Fonda Fouche, the city’s Talent Management Officer.

Right now, 832 officers are African-American, 606 are white, 38 officers are Hispanic and only eight are Asian. Some ethnicities don’t reflect the city’s makeup. 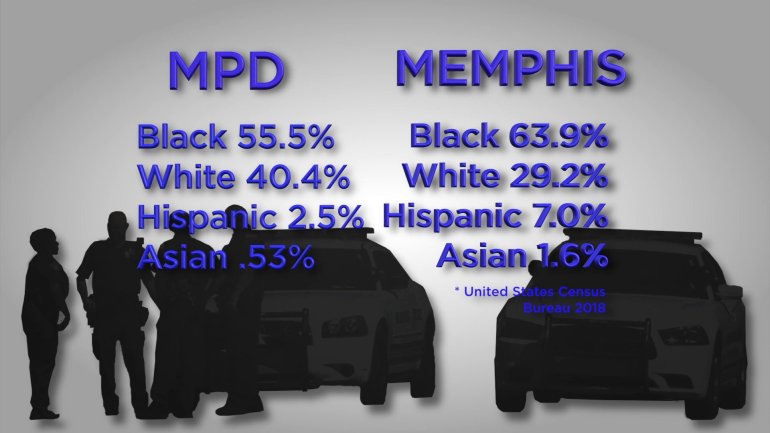 “I am happy that our numbers are increasing, but there’s always room to better,” Fouche said.

According to MPD there hasn’t been a single Asian recruit int he past seven recruiting classes, but there have been about three to five Hispanic recruits in each class.

The city says unfortunately, with police being so short-staffed, sometimes recruitment efforts don’t always lead to a spike in diversity. They just need to hire the best applicants regardless of race or gender.

“I know they are trying to recruit Hispanics, but Hispanic individuals have to want to be police,” Mike Williams, Memphis Police Association president, said. “However, when you start looking for a pool of qualified individuals, I think that’s been the problem.”

Williams said the city has to make the job “more appealing, so we can draw those people in,” he said.

He acknowledged diversity is necessary, and that common ground creates comfort.

“A lot of times when people see people who look like them and understand their culture, they have the ability to walk into these situations and defuse them without using physical force,” he said.

Not to mention, students in the fire program said, representation builds trust. When they see someone like them in uniform, they’re more likely to want to be in that career.

Summer is here, but social distancing measures are putting a damper on the usual seasonal activities, so Walmart is providing some big-screen relief.

Teaming up with Tribeca Enterprises, the retailing giant is turning 160 of its store parking lots into drive-in movie theaters.

Former 2012 Republican presidential candidate Herman Cain is receiving treatment for coronavirus at an Atlanta-area hospital, according to a statement posted to his Twitter account.

Cain, a contributor for conservative media outlet Newsmax, was hospitalized Wednesday "after he had development symptoms serious enough that he required hospitalization" and was informed Monday that he tested positive for the virus.

(CNN) -- The world may have changed drastically over the last few months due to the pandemic, but the laws of combustion have not.

While hand sanitizer has become an integral part of the daily routine for countless people around the globe, it could make for a painful combination this Fourth of July when fireworks come into play.

Safety measures to keep in mind this Independence Day weekend

A friendship to remember: A failed cattle dog and a downed calf won’t leave each other’s side