MEMPHIS, Tenn. — A tragic lynching case that made the front page of the New York Times in 1892 was finally recognized with a historic marker in Memphis. 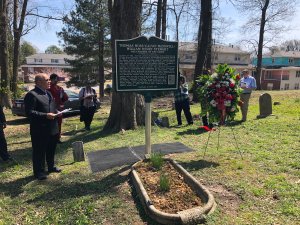 A crowd gathered Saturday at Zion Cemetery on South Parkway for an unveiling of a marker that memorializes Thomas Moss, Calvin McDowell and William Henry Stewart, the three men killed in the People’s Grocery lynching.

The business partners had been arrested for defending their store when they were attacked by a white competitor. They were then dragged out of jail by vigilantes and shot to death in North Memphis.

Moss was one of the first black postal carriers in the city, while McDowell was a member of the Tennessee Rifles, a military group that served Memphis during the Yellow Fever epidemics.

Their deaths were chronicled by journalist Ida B. Wells, a childhood friend of Moss, in her 1892 pamphlet Southern Horrors: Lynch Law In All Its Phases.

The marker was placed at the grave of Thomas Moss, but the resting places of the other two victims have not been found. 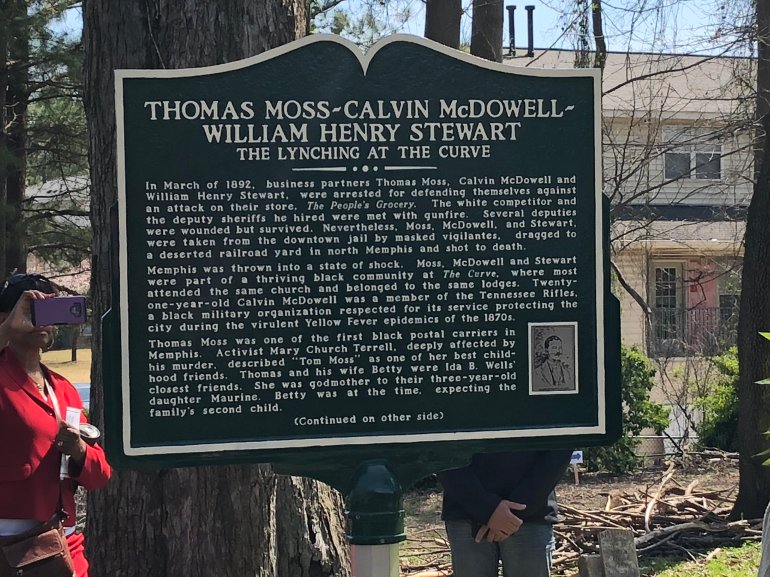 NEW YORK (AP) — Carrie Underwood brought the Academy of Country Music Awards to church. Maren Morris won two honors, including song of the year. Miranda Lambert performed three times and held onto her record as the most decorated winner in ACM history. And Mickey Guyton, the first Black woman to host the awards show, gave a powerful, top-notch vocal performance.

HOUSTON (AP) — Two people were killed in Texas in the fiery crash of a Tesla and authorities say there was no one in the driver's seat at the time of the crash, although it's not clear whether the car's driver-assist system was being used.

A Harris County constable told television stations in Houston that there was a person in the front passenger seat and another in a rear passenger seat after the wreck Saturday night in the Houston suburb of Spring.

(NEXSTAR) -- NASA'S helicopter, Ingenuity, rose from the dusty red surface of Mars early Monday morning to become the first aircraft to take flight on another planet.

The 4-pound (1.8-kilogram) helicopter hovered 3 meters above the Martian surface, then touched back down, according to NASA. Exuberant applause and cheers erupted in the operations center in California when success was declared.

NASA’s Mars helicopter is set to take history-making flight Monday. Here’s how to watch it