MEMPHIS, Tenn. — Though the Tennessee Titans aren’t in the big game, the Mid-South can still have a rooting interest in Super Bowl LIV on Sunday.

San Francisco 49ers offensive lineman Shon Coleman played football at Olive Branch High School before graduating in 2010, but that was just the beginning of his lengthy journey to the NFL’s biggest stage.

Coleman signed his National Letter of Intent to play for the Auburn Tigers during his senior year. Then, a few weeks later, Coleman was diagnosed with leukemia.

His mother Dekeishia Tunstall said Coleman was still eligible to receive treatment at St. Jude Children’s Research Hospital. He spent time there for more than two years receiving treatment for his cancer. 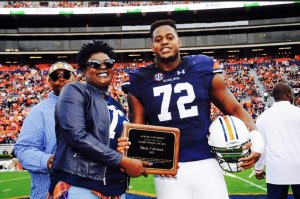 Coleman didn’t play his first two seasons at Auburn while he was undergoing treatment, but his next three seasons proved fruitful. He was named 2nd Team All-SEC and was climbing many NFL draft projections.

For the 2016 NFL Draft, Tunstall said her son wanted to be around the same people who allowed him to play football again: those at St. Jude.

“Shon had every opportunity to go to Chicago just like everyone else,” she said. “Shon was like, ‘I wanna be here with the people who helped me get where I am today.'”

So while at an NFL Draft party at St. Jude, Coleman was drafted by the Cleveland Browns with the 76th overall pick. 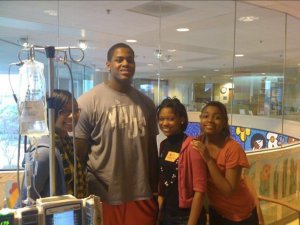 After a couple seasons with the Browns, including starting all 16 games for the team in 2017, Coleman was traded to San Francisco in 2018.

Coleman’s up-and-down career continued when he broke his ankle in the first preseason game of 2019 and the 49ers put him on injured reserve for the rest of the year.

Tunstall said he’s completely healed now, but Coleman is still on the injured reserve and likely won’t see playing time in the Super Bowl. Nonetheless, she said she could not be more proud of his journey and the successes he’s had.

“I can’t put it into words — I’m just that proud,” she said. “I wish there was a bigger word than proud. His road has been a little rocky at times, but he’s fought and fought and fought, and I’m very, very proud of him.”

Officials at Coleman’s former school district also said they are thrilled about how far he’s come since his time as an Olive Branch Conquistador. 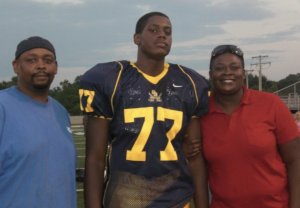 “Olive Branch High School and DeSoto County Schools are proud of Shon for his accomplishments throughout his NFL career,” superintendent Cory Uselton said. “By overcoming adversity in life, he has set a great example that can be followed by current students. Shon is an excellent representative for DeSoto County.”

Tunstall said she and Coleman had been longing for this moment to come, and it’s finally here. She said it’s as if her son’s life had come full-circle since he started playing football at 5 years old.

“It’s a dream,” Tunstall said. “Literally, it is a dream. I’ve actually thought about this for many years. It is absolutely unreal from my perspective.” 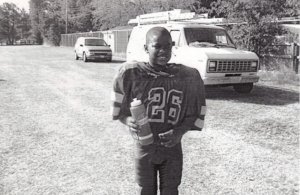 Tunstall said she will be in Miami on Sunday to cheer on her son’s 49ers against the Kansas City Chiefs. She liked her son’s team’s chances when predicting the final score.

(NEXSTAR) – The Moderna COVID-19 remains effective even after 6 months, the company said in a Tuesday update on its ongoing clinical trials.

The study looked at 33 healthy adult participants in the Phase 1 study of Moderna's vaccine at six months following the final dose.

MEMPHIS, Tenn. — Help is here for lots of Shelby County residents who can't pay their rent or utility bills because of COVID-19.

Qualified residents can get up to 12 months of past due rent and MLGW bills paid for thanks to a new county assistance program that's funded by the Federal Government to the tune of $28.2 million.

The U.S. recommended that states pause giving the J&J vaccine on Tuesday while authorities examine six reports of the unusual clots, including a death, out of more than 6.8 million Americans given the one-dose vaccination so far.

Hawaii to allow some registered nurses to perform abortions