SENATOBIA, Miss. — Allegations of questionable behavior with underage girls is what may have led to the firing of a Senatobia Police Officer last month and leads to an active investigation in the matter.

Avant was terminated unexpectedly along with former assistant chief Robert Brownlee but at the time, city officials did not discuss the reason why.

But WREG uncovered a document from that meeting that may hold the answer.

There’s a letter from a “concerned parent” that Aldermen were given that makes accusations that Avant used his work with young people as a law enforcement officer to get the trust of young females, and eventually take advantage of them.

WREG also spoke with Tate County detectives who say they do have an active investigation into allegations that Avant may have used his position to have inappropriate contact with an underage minor or minors.

After the investigation came to light, the Tate County Sheriff’s Department confirmed two more women came forward saying they were minors when they had a similar experience.

All of the allegations are being investigated. Avant has not been charged with anything.

He was only let go from his job with Senatobia Police. 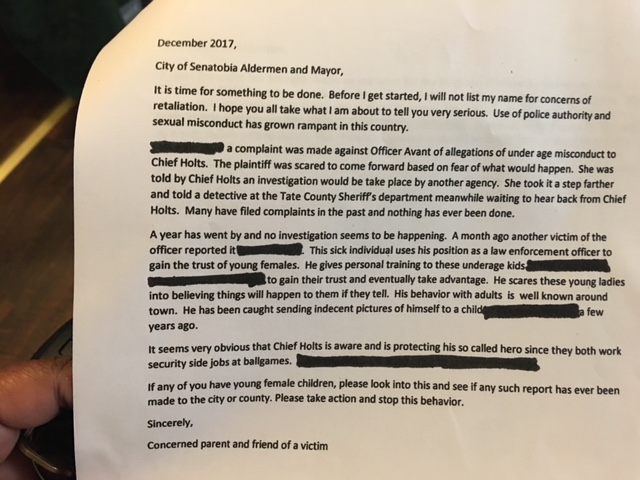 3 witnesses a no-show as Ezekiel Kelly appears in …

$8M in renovation in works for one of Memphis’ most …