MEMPHIS, Tenn. — A fight between two customers led to a shooting in a Dollar Tree store in southwest Memphis, police said.

Two customers had been fighting and were armed with guns. One customer shot the other multiple times, then fled the scene in a white two-door coupe.

The shooting victim was taken to Regional One Hospital in critical condition.

Tuesday, the father of the victim identified him as Timothy Michael Phipps, 27, of Walls, Mississippi.

Mike Phipps said his son was shot four times. At last check, he was still in critical condition.

“That boy means the world to me,” he said. “He’s got a sister, little brother, step brother, step mom. We all love him. He’s got friends that love him.”

Phipps said he’d heard his son got into an argument with someone at the store, but doesn’t know what happened. He didn’t know if his son knew the shooter, but said his son carried a gun sometimes for protection.

“I have no idea. It’s just one of those things,” he said. “Hell, anymore you can’t go nowhere in Memphis without something happening.”

Police released the below images from surveillance footage Tuesday afternoon that show the suspect and the white car he used to flee the scene.

The suspect is described as a 5-foot-8, 160-pound black man wearing a blue hoodie, light colored blue jeans with cuts in the front and white shoes. Police said he was clean-shaven and appeared to be in his early 20s.

Anyone with information on the shooting should call CrimeStoppers at 901-528-CASH. 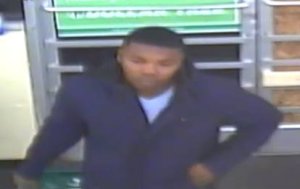 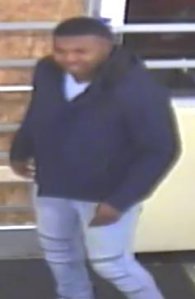 NASHVILLE, Tenn. — The Tennessee Department of Correction says it will rebid a $123 million contract for behavioral health services after a lawsuit accused a state official of rigging the bidding process.

LOS ANGELES (NewsNation Now) — There aren’t as many bargains in the used-car market these days. It’s partly due to a chip shortage that’s been cutting into the inventory of new cars, and pushing people into the pre-owned market.

The offerings are usually packed into the Venice Cash for Cars lot in Los Angeles. But these days, there’s only about a dozen.

MEMPHIS, Tenn. — Shelby County deputies recovered dozens of vehicle and other stolen property while executing a search warrant at a chop shop on North Highland Street.

According to the Shelby County Sheriff's Office, authorities searched 1615 and 1625 North Highland St. on May 5 and located 22 cars, a roll-back wrecker, three trailers, a four wheeler and a forklift.

Foxes appear at Dixon Gallery and Gardens in East Memphis

See how much states, counties will get from $350B COVID relief program

Why the Colonial Pipeline hack matters to you