MEMPHIS, Tenn. — The family of a man whose car was impaled by an MLGW utility pole in a freak accident earlier this month is suing the utility company.

Samuel Butler, 25, was driving westbound on rain-slicked I-240 near Lamar on May 8 when his black Camaro slid off the road and into the median, where it struck the pole. 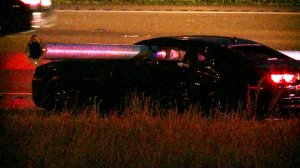 The pole then sliced through the driver’s side window and out the passenger’s window, hitting Butler’s head in the process.

“I still can’t put it together what could have happened. No matter what happened, that pole still shouldn’t have been there,” said Butler’s sister Eboni Butler.

In their lawsuit, attorneys for the family claim MLGW was “reckless” and “negligent” for allegedly leaving the pole lying down in the median so close to traffic.

MLGW told WREG the day after the incident that it had no record of the pole being on the ground prior to Butler’s car striking it.

“MLGW should have known that that pole was there and they should have placed it in a secure and safe spot,” said attorney Curt Tanner.

Butler is no longer bleeding from his brain and has now been taken off of a ventilator, but remains in critical condition, his family said.

He still isn’t talking and there’s no guarantee he’ll make a full recovery.

“I be there by his side every day, all day. I get up, I talk to him. He might open his eye for a second,” said his mother Tina Butler.

“I have never been this hurt. Never,” said Eboni Butler.