MEMPHIS, Tenn. — A rash of road rage shootings across the Memphis area has drivers concerned. Police say we’ve had at least 29 so far in 2019, which averages to about one every six days.

Drivers traveling along Highway 385 near Ridgeway were forced from three lanes into two just before 8 pm Tuesday.

Memphis police say a gunman opened fire and hit a man’s car as he headed down the heavily traveled highway. The victim was not hit by a bullet, but he did suffer cuts from shattered glass.

The incident also shattered the sense of safety that many drivers feel.

“I try to stay at home and stay with the Lord,” a driver said.

Police kept busy Tuesday night into Wednesday morning following the Ridgeway attack. But several hours later, there was another shooting. This time a driver reportedly pulled up beside another driver and opened fire near Sam Cooper and I-240 Wednesday morning.

Investigators say the shooting stemmed from a verbal argument at a local sports bar. The victim left not knowing he was being followed. He wasn’t injured in the shooting.

“Police can’t control everything. Like all of these shootings, they don’t have control of that. All they can do is respond,” resident Ronald Coleman said.

If you have information on any of the cases mentioned, you’re asked to call Crime Stoppers at (901)-528-CASH.

Note: Map below shows highway shootings for which WREG has a record of the location. MPD lists 29 total as of June 26. 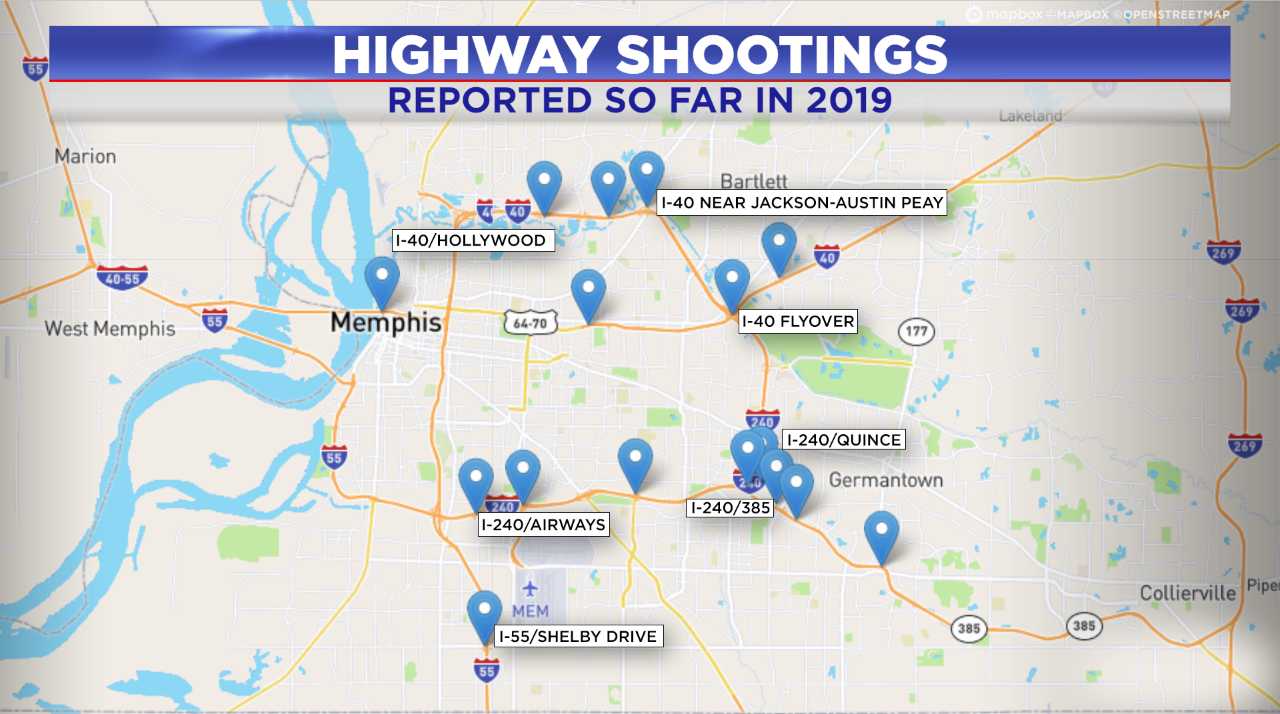 "I never thought it would happen to me," Kaydee Asher told 8 News Now. "Until it did."

MEMPHIS, Tenn. — In the latest health directive issued Friday, the Shelby County Health Department said they will be making masks mandatory for all residents while out in public.

In a news conference Dr. Lisa Haushalter said transmission in the Shelby County community is continuing to go up. Where they had been seeing 100 to 200 new cases a day, they're now reporting upwards of 300.

England has unlocked travel to and from 59 countries by lifting quarantine requirements, but visitors from the United States will still be subject to restrictions, the UK government said Friday.

Officials have revealed a new "travel corridor" list, with travelers from 59 nations -- including France, Germany, Italy and Spain -- and 14 British Overseas Territories no longer having to self-isolate for 14 days on arrival.