MEMPHIS, Tenn. — A one-day deal for Build-A-Bear Workship stores caused chaos across the world, including right here in the Mid-South.

The July 12 promotion allowed kids under 14 to pay their age to build a teddy bear at the stores. Parents and children worldwide waited in lines for hours in some cases.

But the crowds caused safety concerns for the company, which abruptly closed the event to new customers Thursday morning.

One parent at the store in Collierville's Carriage Crossing said she and her child left after waiting two hours in line in the sun with more than 500 people.

“I was shocked when I got here, said Daijah Neighbors, one of hundreds who came to the Collierville Build-A-Bear today under the beating sun.

The line wrapped around the building.

“Honestly, I’ve changed outfits two times. I had an orange top and long black pants and I had my wig on, all of that is gone now because it’s just that hot out here.”

It was above 90 degrees all afternoon.

A line to @buildabear at Carriage Crossing in Collierville is wrapped around the building!! People are hoping to take advantage of today’s “pay your age” deal.

These are some patient parents & kids - It’s 93 degrees outside! pic.twitter.com/IiJjUb2ekr

But that didn’t stop people from trying to get a good deal for their loved ones.

“It’s worth the wait I think,” Sarah Patrick said.

Build-A-Bear bonus members were able to pay their age for a stuffed animal, with the price stopping at $29.

Amanda Bolton with Carriage Crossing says they expected a line, but not quite like this.

“We were out here with people starting about 7:30 am, some people had already been here waiting in line,” Bolton said.

The heat and wait did become unbearable for some, but many were still in good spirits even after waiting outside for several hours.

The mall and volunteers gave out free waters. Later in the afternoon, the line started moving faster.

Many held onto a positive attitude to get them through, along with the real reason they were there.

“I just wanted my little sister to have a Build-A-Bear and I think the heat is worth it, and I’m kind of losing water weight, so it’s okay with me," Neighbors said. 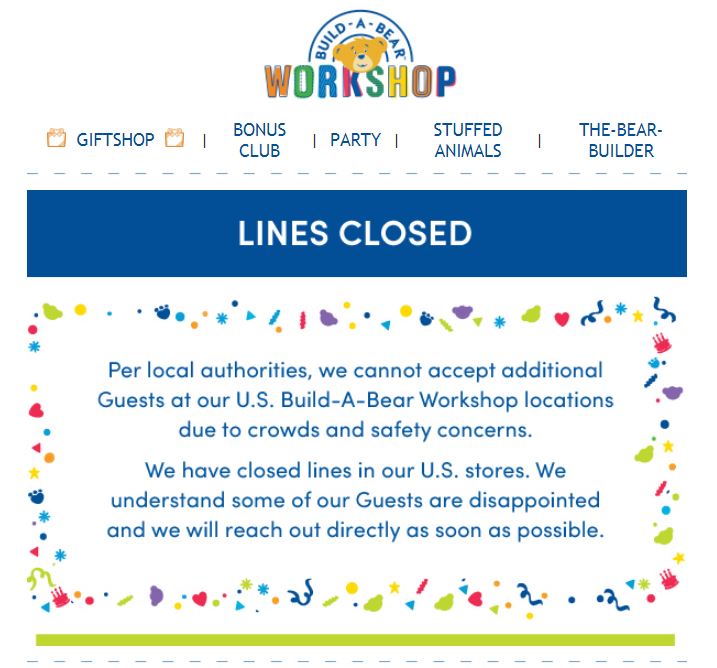 NASHVILLE, Tenn. — The Tennessee Supreme Court has overturned the option for all eligible voters to vote by mail in November due to COVID-19.

MEMPHIS, Tenn. — Shelby County Schools Superitendent Dr. Joris Ray says he and his family have been threatened over the district's reopening plans.

WREG obtained an email in which Ray said he has become a target on social media. He has even had at least one stranger show up at his house.

24M Americans fear they won’t be able to pay rent

All Arkansas state prison inmates will be tested for COVID-19

24M Americans fear they won’t be able to pay rent

All Arkansas state prison inmates will be tested for COVID-19