The parents have had many concerns about changes at the school, and the latest rumor that the school’s principal of three months unexpectedly left.

“So it’s like you’re riding along, and you’re hitting all these bumps, and you’re going what happened?” parent Quincey Young said.

Young said his daughter is a 10th grader at Crosstown High. He said he’s been put on a roller coaster ride with the recent changes at the school.

“The first we heard about it was from the children, and then we come to find out from last night’s town hall meeting that, yes, she’s actually gone,” Young said. 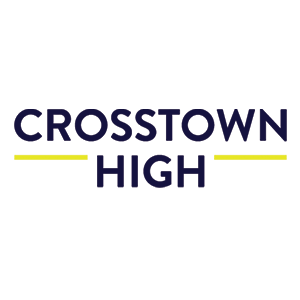 Young said Alexis Gwin-Miller is the second principal to leave the school within a year. In an email sent to parents in December, parents found out the school’s first principal resigned due to “family dynamics.” It’s not been made clear if Gwin-Miller was fired or resigned.

The principal’s departure comes nearly two weeks after students staged a walkout due to a change in curriculum. Students said the change resulted in racial disparities and shifting learning styles.

“He basically said he wasn’t at liberty to discuss it,” Young said. “So, we really don’t know what happened.”

Young said he supports the school’s approach to innovative learning and its forward way of thinking, but the lack of communication is a problem.

“Without notification, it’s like somebody’s turning a wheel in a car, and you didn’t know they were going to turn,” Young said.

WREG reached out to the school’s executive director Chris Terrill for comment, but we have not received a response.

HAVARD, Ill. (NewsNation Now) — In an effort to bring awareness to veteran suicides and offer support to struggling vets, a Midwest organization has launched an event designed to make an impact.

In the Trail to Zero, Ride to End Veteran Suicide event, 20 veterans will ride 20 horses for 20 miles to raise awareness about the 20 veterans who commit suicide in the U.S. each day.

LOUISVILLE, Ky.  (NewsNation Now) — Protests are happening around the country after a Kentucky grand jury announced their decision in the March killing of Black medical worker, Breonna Taylor.

The Kentucky grand jury indicted one of the three police officers involved in the death of Taylor, but the indictment was for shooting his gun at Taylor's neighbors apartment.

Walmart to add 20,000 seasonal jobs. Here’s how you can apply