The commission said overall, major violent crime is down by 3.2% in Memphis and down 4.4% countywide. That’s driven by a big decline in reported robberies.

It’s encouraging news and a step in the right direction, though the Crime Commission’s president said there is still a long way to go. We found there are a few areas still needing improvement.

Gwendolyn Turner can tell you firsthand what it’s like to be a victim of crime.

She has gashes to her legs and holes in her boots as the proof when WREG talked to her back in August. She was in a North Memphis driveway unloading her car when some teenagers jumped in her car, taking off while Turner held on for life.

“Hopefully, that means that there are crimes that are not being under-reported,” Turner said. “I would want to believe that that’s an act of the police department and other agencies working together to bring crime down.” 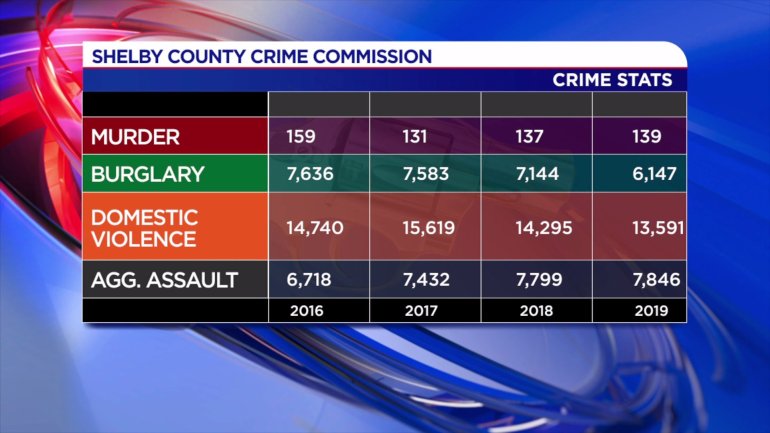 The two areas slightly up compared to last year are murder and aggravated assault.

“Hopefully, this will be an encouragement to people who are victims of crime,” Turner said. “Whatever kind of crime it is, call it in.”

Turner is now recovering from her incident in August, and police have recovered the car.

Father upset that woman accused of killing his daughter …

For veterans with PTSD, July Fourth can be difficult

Man killed in hit and run near North Memphis

For veterans with PTSD, July Fourth can be difficult